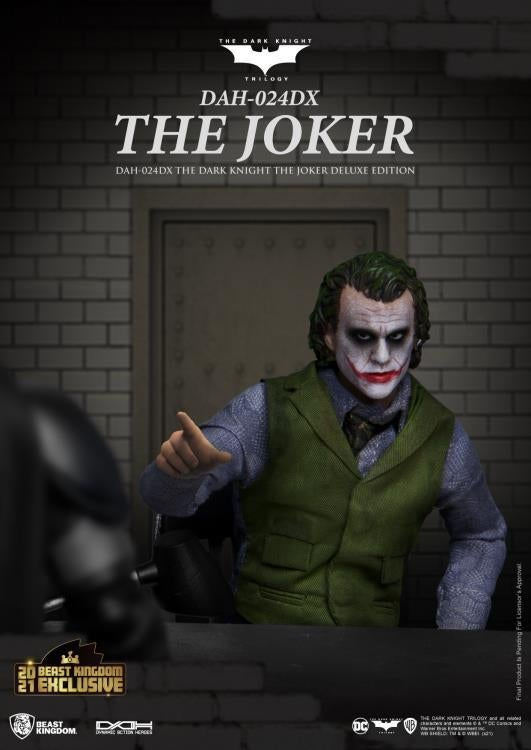 For a Summer 2021 Exclusive, Beast Kingdom has announced a new Joker figure from The Dark Knight. The figure is part of their Dynamic 8ction Heroes line. The Joker DAH Deluxe Edition Figure is based on the scene from The Dark Knight film where The Joker is interrogated by Batman at the Gotham Police Station. The 1/9 scale figure will stand at 8″ tall, and will have about 28 points of articulation. The figure includes two head sculpts, multiple interchangeable hands, handcuffs, a desk, a chair, a lamp. As a pre-order bonus, the set will include two accessories for the previously released DAH Batman Figure. Those will be an EMP Rifle, and a new head sculpt. Both will feature glow-in-the-dark effects.