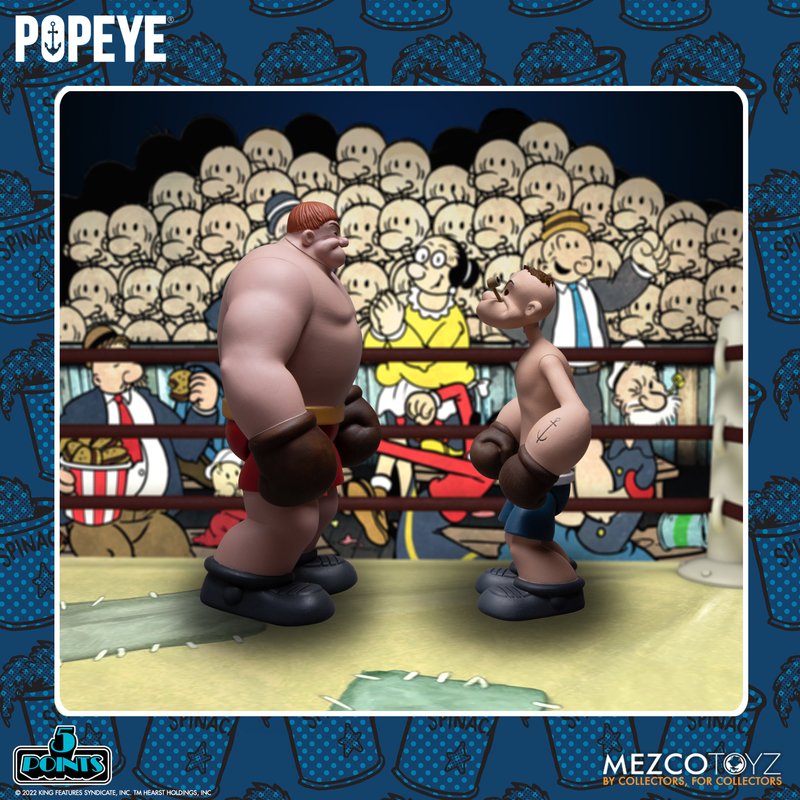 Mezco Toyz have announced the next release in their 5 point line, a second Popeye set!  Due out December 2022 – February 2023, this set includes two figures and a boxing ring!  Here’s what they have to say about Popeye & Oxheart:

Ding ding ding! Popeye & Oxheart are punching their way through the 5 Points line!
Straight from the pages of the 1933 comic strip, this boxed set includes Popeye, Oxheart, and a boxing ring playset – it’s a total knockout!
Once assembled, the boxing ring features a raised platform and a roaring crowd in the background ready to see Popeye & Oxheart brawl!

5 Points are Mezco’s upgrade to the articulated action figures of yesteryear. These highly detailed, poseable action figures feature some of pop culture’s most familiar faces, both old and new.