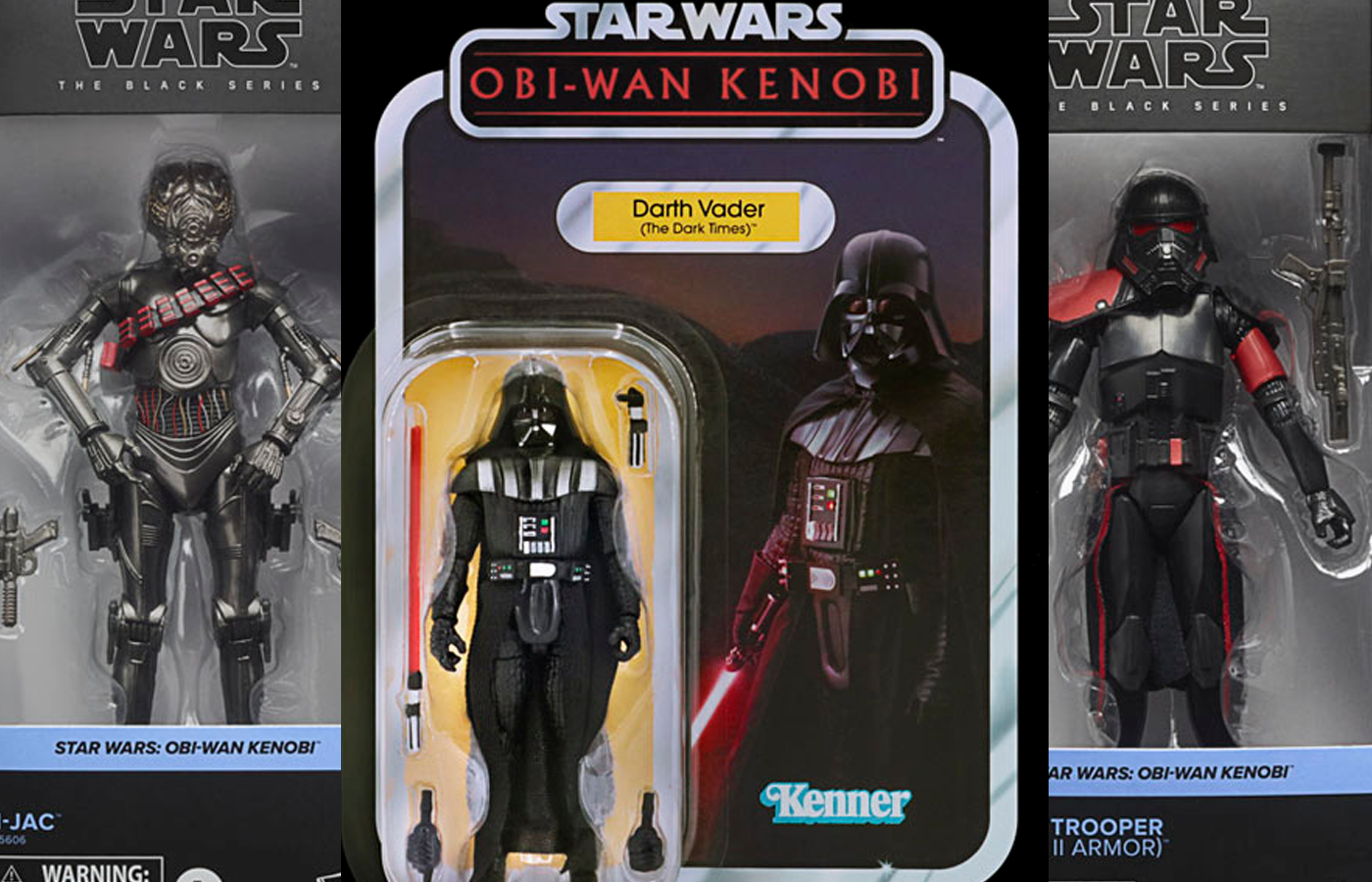 A new Obi-Wan Wednesday is upon us, and Hasbro keeps the momentum, announcing figures fresh from the latest episodes.

Featured in the second episode, and growing the list of awesome-looking bounty hunter droids, 1-JAC is a LOM-series protocol droid, that never got too much traction thanks to the 3P0 series (the one that Threepio belongs to), and probably the insectoid head didn’t helped either. Regardless of the lore, the figure looks very cool, and it’s not a straight retool from a C3P0 mold, since the legs and torso sport some subtle differences, as well (of course) as the headsculpt.

Then we have the Purge Trooper Phase-II; firstly seen on the SW Jedi Fallen Order video game, it made it’s live action debut on last’s weeks episode, as elite troopers at the service of the Inquisitors. This version from the show sports an updated look: while it retains the black color, pauldron, red visor, and kama of the previous armor, the armor and the helmet have been upgraded to look more like a classic stormtrooper. This is also the perfect excuse to add him to your collection, even if you have the game’s previous figure.

These figures will be Walmart exclusives and will be ready to pre order tomorrow (June 16) for a fall 2022 release.

Lastly, since we can’t get enough of the dark lord of the Sith, Darth Vader (The Dark Times) who was previously announced as a Black Series release will also get a 3.75″ version for the Vintage Collection, with a second pair of hands, a lightsaber hilt and his ignited version with its classic red blade. You’ll be able to pre order him tomorrow too, on a wider retailer release.

Stay tuned as we update this post with the pre order links tomorrow.