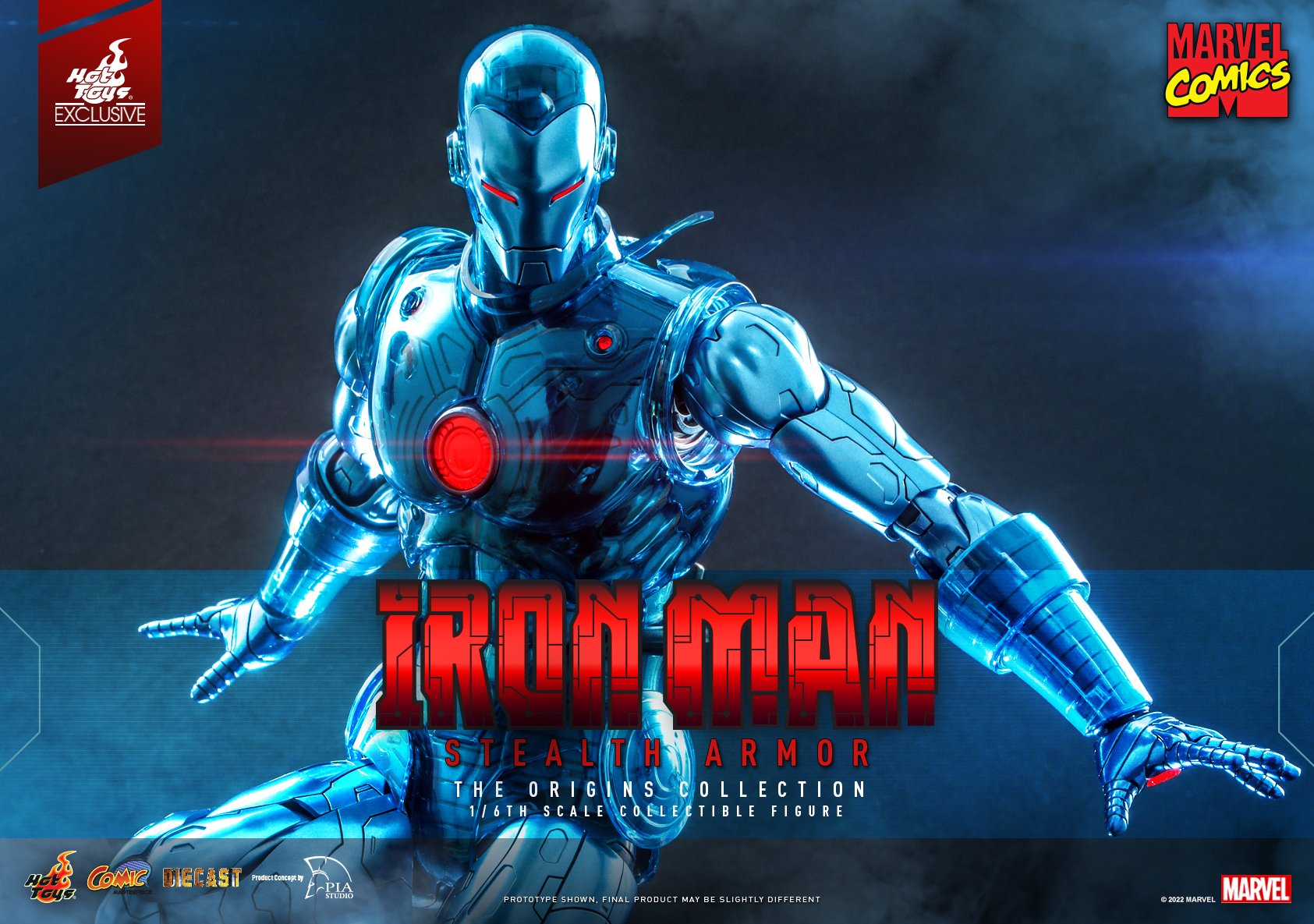 Along with the news of a new release in the 1/6 Origins Collection (War Machine) Hot Toys has revealed an upcoming exclusive in this collection:  Iron Man in Stealth Armor.  This is a blue metallic re-paint of the Iron Man revealed in Spring 2021 will be exclusive somewhere to be revealed (more than likely Sideshow Collectibles) in the near future.  Stay tuned for preorder information when it’s available and be sure to check out the image gallery below!
Iron Man’s Stealth Armor was first introduced in 1981’s Invincible Iron Man #152 comics. Designed with stealth as its primary feature, the suit has the ability to maximize concealment by absorbing radar detection but offers fewer weapons in exchange for light weight frame.
Today, Hot Toys is delighted to unveil the diecast 1/6th scale Iron Man Stealth Armor collectible figure with shimmering armors in blue chrome color as the latest addition to The Origins Collection. It’s a Hot Toys Exclusive item available in selective markets only.
Based on the classic Marvel Comics pages, the diecast Iron Man figure features a helmet head with LED-light up function and two styles of interchangeable masks; an distinctive streamlined design Iron Man armor and structure illustrating its mechanical detail; beautifully painted in blue coloring with a metallic appearance; blue crystal armor parts; blue chromed interchangeable masks and armor parts for different styles of display; LED light-up functions scattered throughout the upper body, Arc Reactor on chest and palms; interchangeable hands; and a figure base.