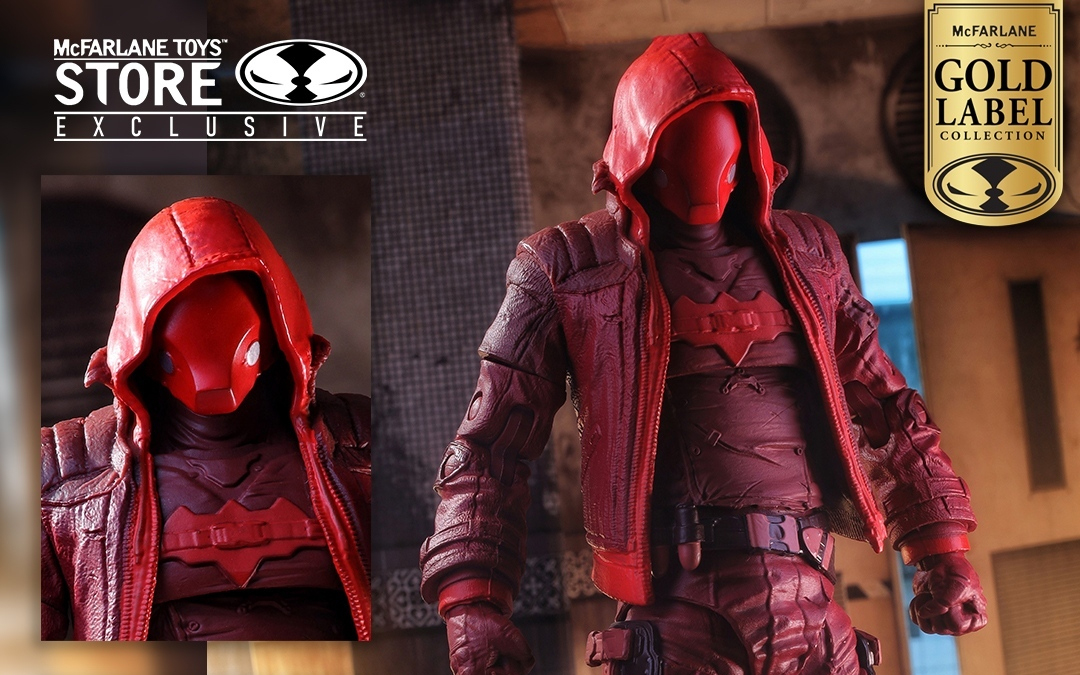 Our Red Hood (Gold Label) 7″ figure is available for pre-order NOW exclusively at McFarlane Toys Store.
⁠
Featured in his look from the Batman: Arkham Night video game and given a Red Monochromatic finish. Included is a smoke bomb, action slash clip on, alternate hands and a base for posing. ⁠
⁠
Since vanquishing the Arkham Knight persona, Jason Todd was able to lay his vengeance against Batman to rest. As Red Hood, he is once again aligned with his former mentor. However, Jason Todd’s proclivity for capital punishment will forever keep them at odds. ⁠