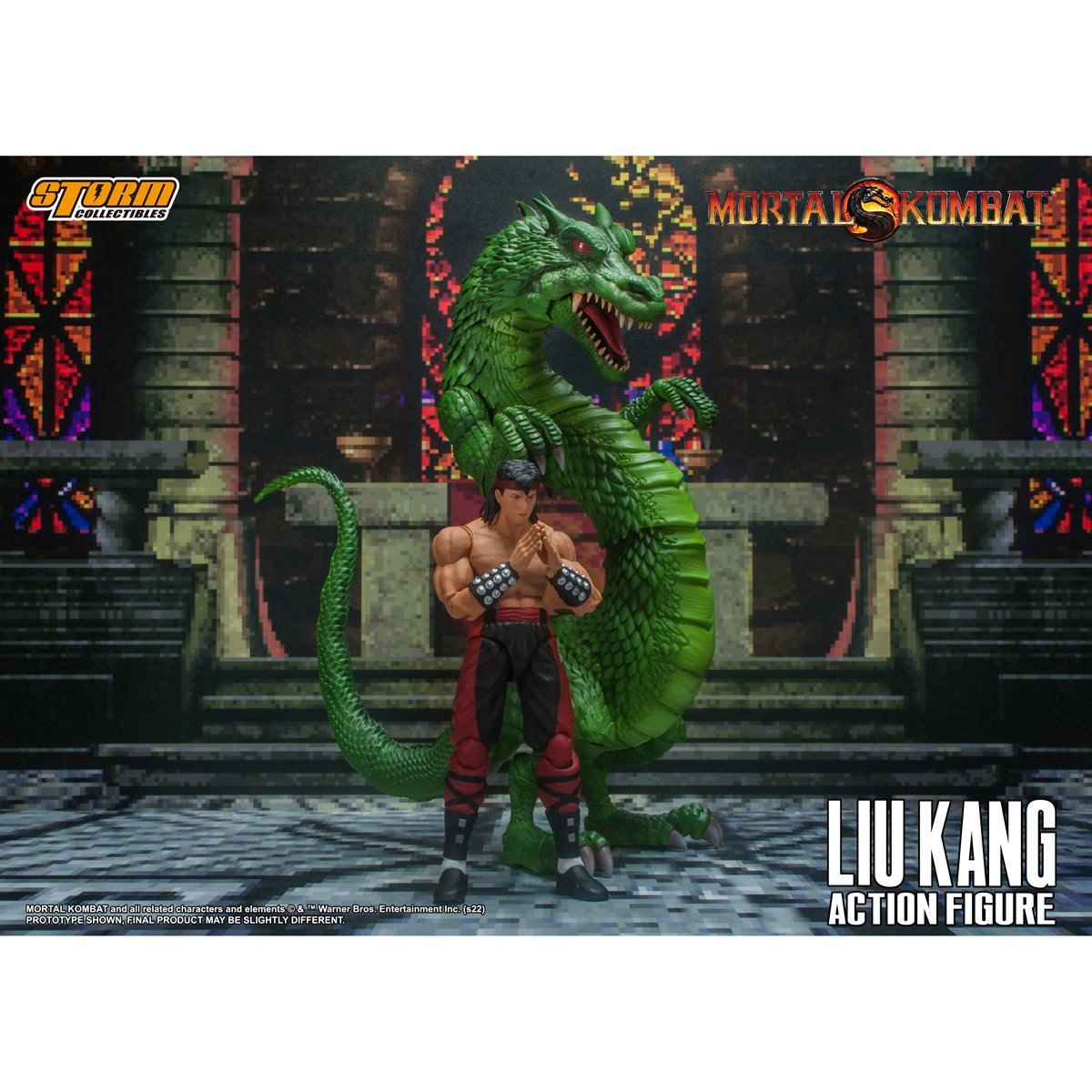 Storm Collectibles is known for their video game action figure lines, mainly figures based off of fighting games.  They have now announced the next release in their Mortal Kombat series, Liu Kang and Dragon.  Liu Kang stands almost 8″ tall while the Dragon is almost 12″ tall.  Included accessories are three head sculpts, five pairs of hands, a fireball effect, and a fully articulated body.  Click the link below to preorder this May 2023 release and check out the awesome image gallery below!