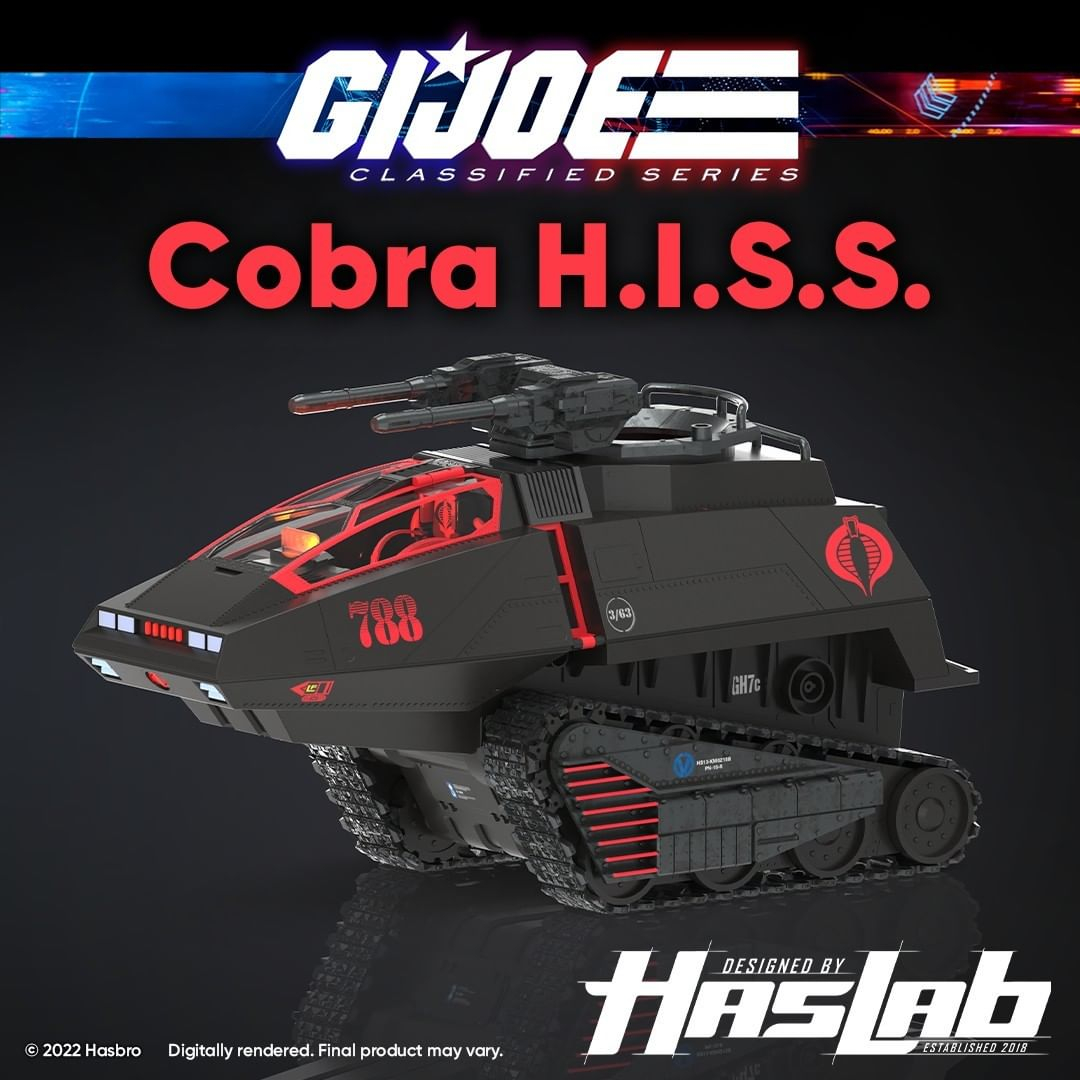 Measuring an impressive 19-in/482.6-mm long, this HasLab is packed with premium details

It also includes an exclusive G.I. Joe Classified Series Cobra H.I.S.S. Driver that comes individually boxed with its own artwork and number!