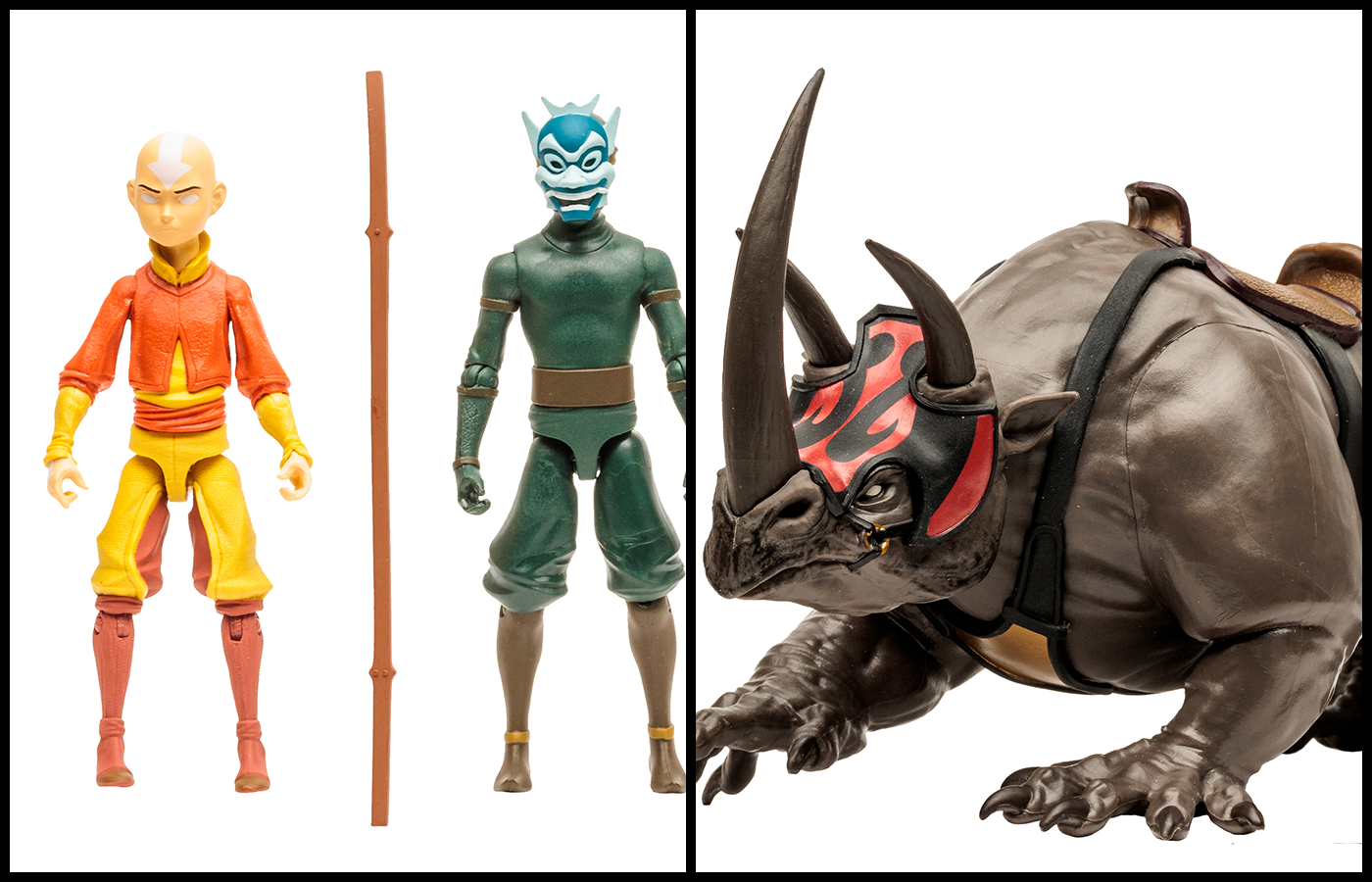 With a new trilogy of films recently announced, there’s no doubt that McFarlane Toys is eager to hold onto both the license of the franchise and the interest of the aisle shoppers!

With that in mind, we are getting a second batch of pre-orders following the 7″ scale ones we reported about today, this time focusing on the 5″ releases.

This multipack is part of the smaller side of the line and includes an assortment of accessories and both Aang and Zuko in his Spirit Disguise figures.

Pre-order: Fire Nation Komodo-Rhino – for 5in

This new ride is one cool-looking creature, sure to appeal to fans of the show and collectors of creatures in general. Keep in mind that this release is meant to suit the smaller, 5″ figures!