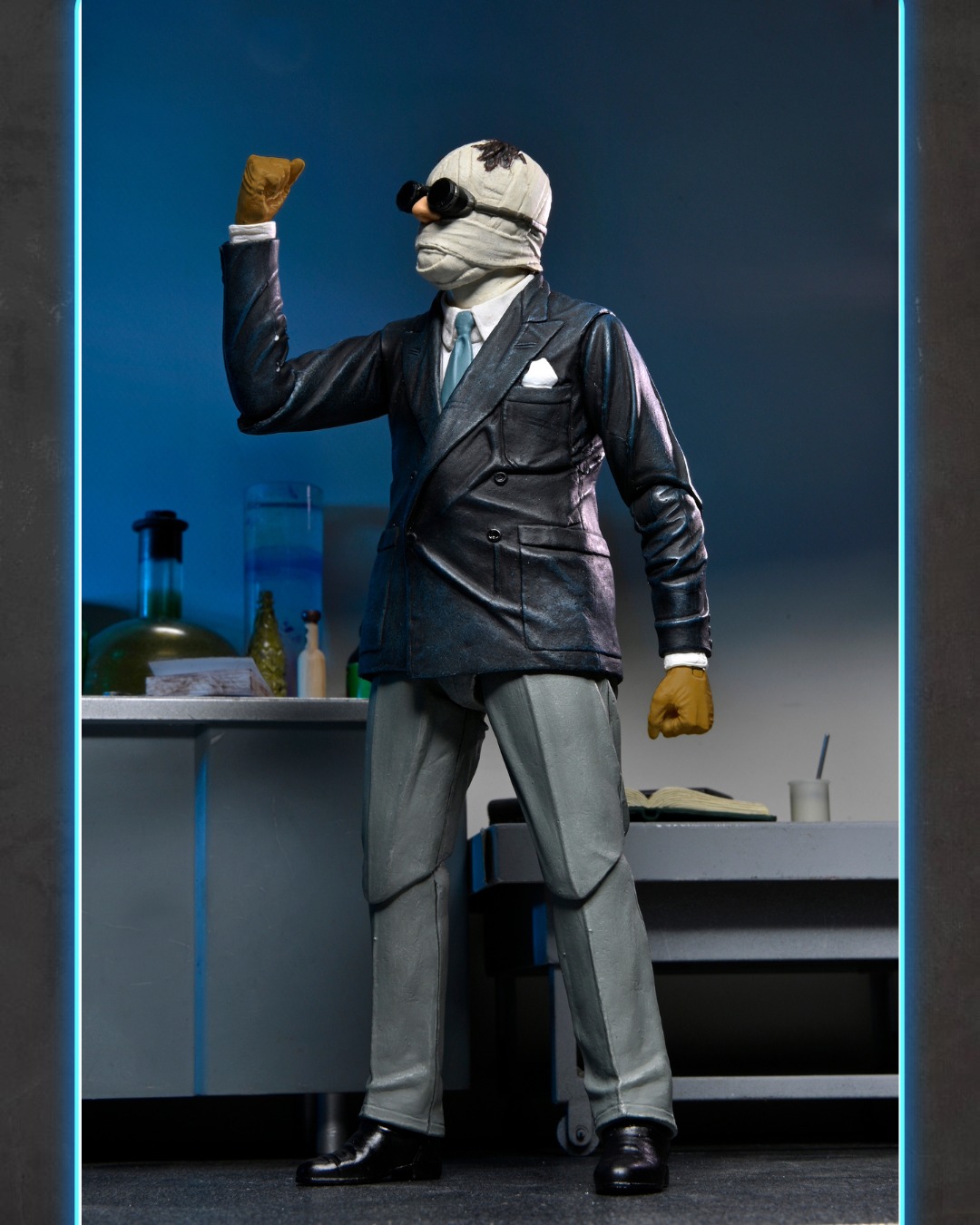 NECA has revealed the next release in their Ultimate Universal Monsters line (but you may have trouble seeing him).  The Invisible Man will join the spooky crew early next year.   Here’s the official word from Team NECA:

For the 90th anniversary of Universal’s sci-fi horror film classic, NECA is excited to reveal The Invisible Man in Ultimate action figure form! Starring Claude Rains, 1933’s The Invisible Man was based on the classic H.G. Wells novel and received critical acclaim, eventually being placed on the U.S. National Film Registry for its historical significance. The interchangeable heads capture the seemingly solid wrapped version as well as partially uncovered versions with peeks at the insane emptiness within. Also included are interchangeable wrapped and gloved hands, goggles, nose, notebook, wig, and cup with straw. The figure stands in 7” scale and comes in display-friendly window box packaging with opening front flap.