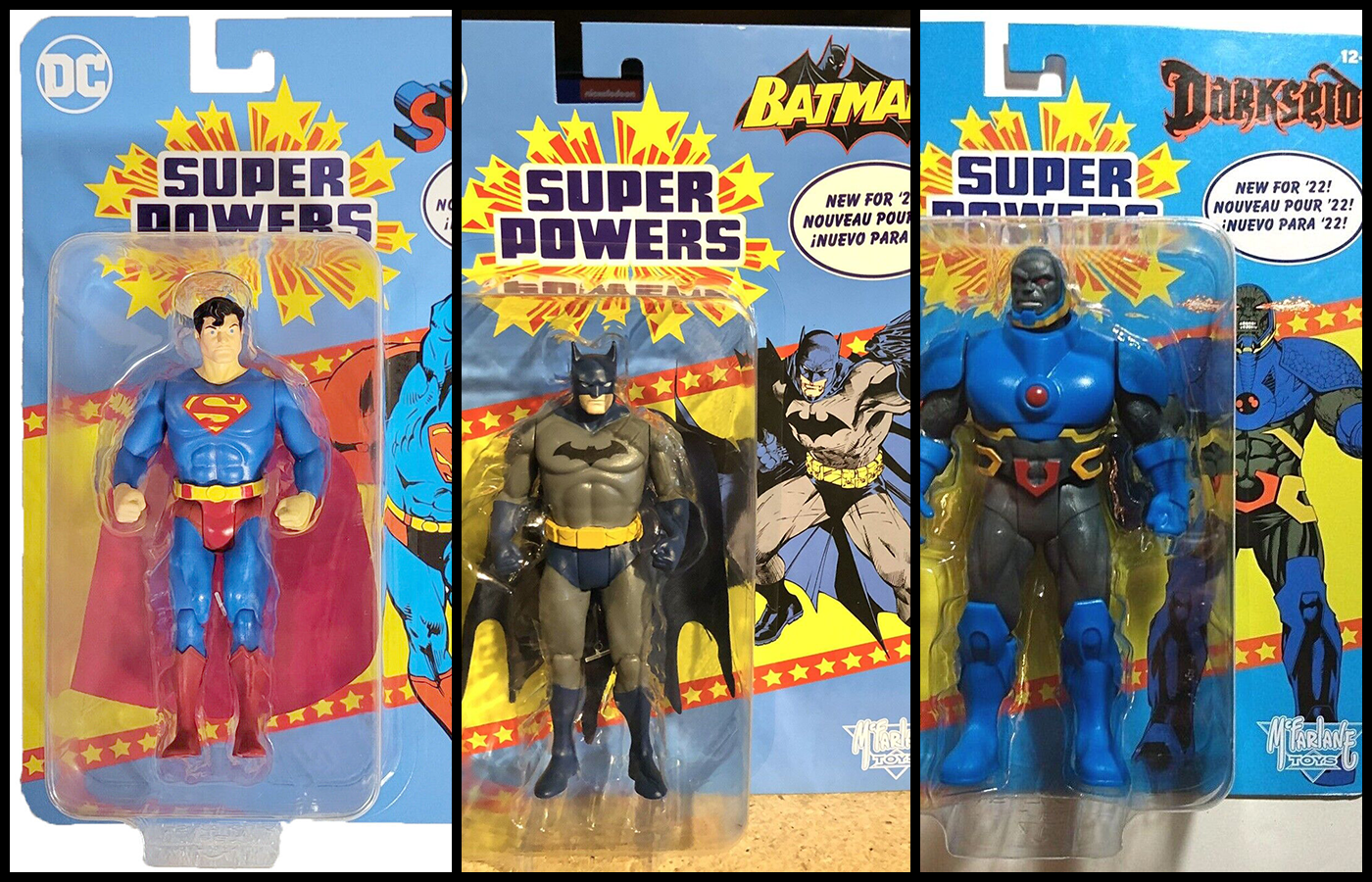 Thanks to a number of members of the community on social media, we first spotted some of the figures at Walmart, and by now the whole first wave can be found in stores and of course, at ridiculous prices on eBay, thanks to the scalpers out there.

Even though McFarlane Toys has had problems with distribution and people finding out about their upcoming figures, this is a new, unheard-of situation, when there hasn’t even been an official announcement or even confirmation that this line existed at all (although we had hints, and then a ton of aforementioned leaks). We do expect proper communication as soon as next week, to try and catch up with the figures already in the wild; we could also find out that this is a line exclusive to Walmart, much like DC Retro is to Target… but it could also be that first just got their merch sooner than the other.

In the meantime, with all the in-hand pictures, we know a lot more about this line now.

The figures themselves are an homage to the old Kenner Super Power line, and McFarlane has tried to replicate most of the details while making some updates on the designs. The characters are around 5″-5″ 1/2 scale-wise (Darkseid is bigger, of course), they have detachable cloth capes and 7 points of articulation. The build however is much sturdier than the old ones, and there’s more detailing and texture. Even though Superman retains his classic look (with a slightly updated headsculpt), both Batman and Darkseid are sporting more modern looks, making them very different than their vintage counterparts. These are retailing for $9,97.

As for the vehicles, there was never a Batwing release, but the Supermobile was actually part of the old Kenner line-up. However both rides have different looks, and the wings of the Batwing even bend to pose it or store it in a smaller configuration. These of course are made to place one of the regular figures inside without a hassle, and they will cost you only $29,97.

So while we wait for official word on these, let us know, do you love them, or are they a hard pass? And if you happen to go hunting this weekend, don’t forget to share your pictures and finds with us!