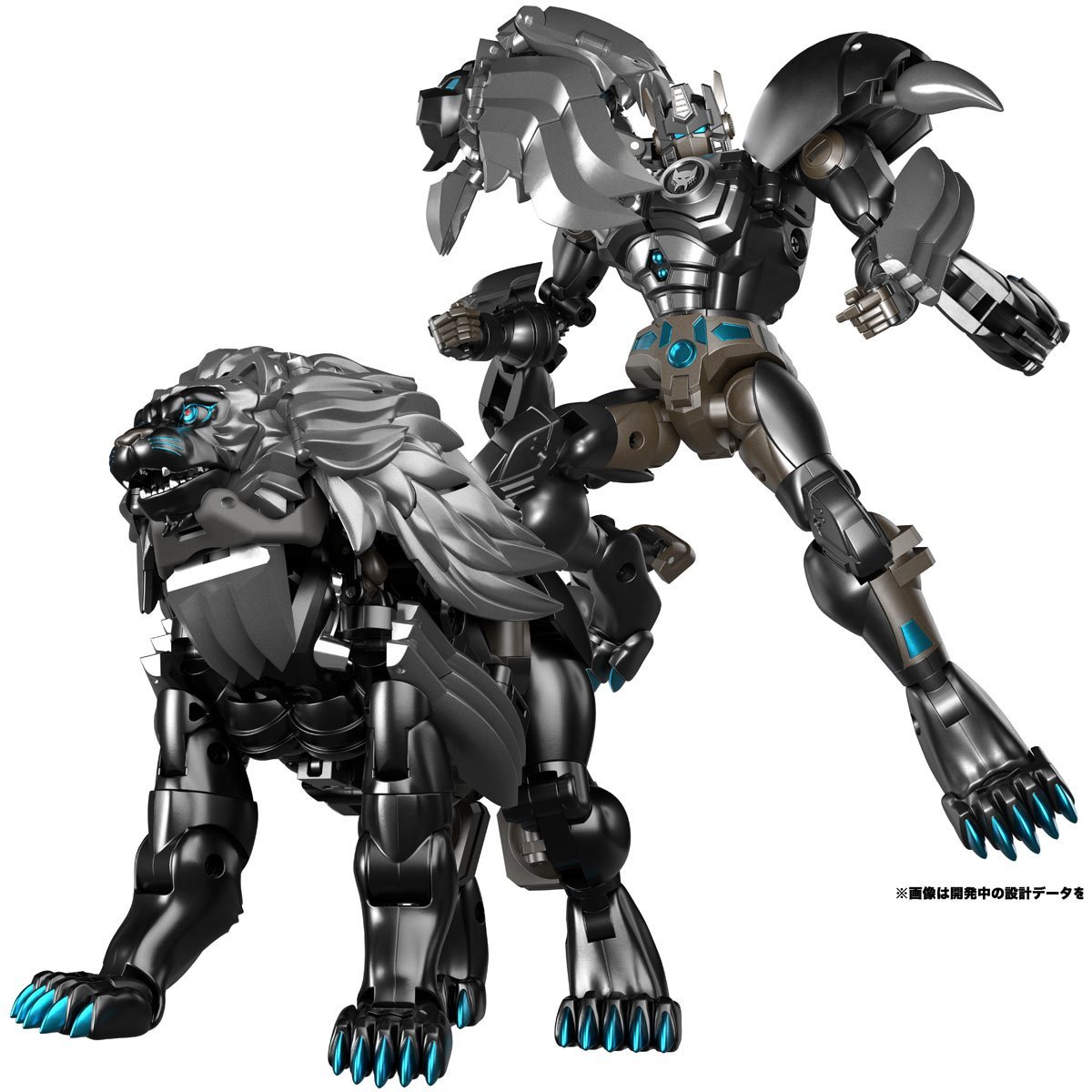 Hasbro and Takara-Tomy have revealed another upcoming release in the highly collectible Transformers Masterpiece series:  Beast Wars II Dark Amber Leoprime.  The Cybertron commander isn’t set to release until May 2023 and is 149.99.  Be sure to read the details about this new release from Hasbro, check out the gallery (sweet paint job!), and click the link to preorder if you want to add this future release to your Beast Wars Transformers collection!

Based on his appearance in the legendary Beast Wars II toy line, the Maximal (or in Japan, Cybertron) commander is back in black. He sports a Beam Launch Tube, Lio Missles, and parts to help store all of those accessories. You even get a character card and instructions! Gaia’s Cybertron commander is recreated faithfully by Hasbro and Takara-Tomy, making another great addition to your Best Wars collection with fully-jointed legs in both modes.