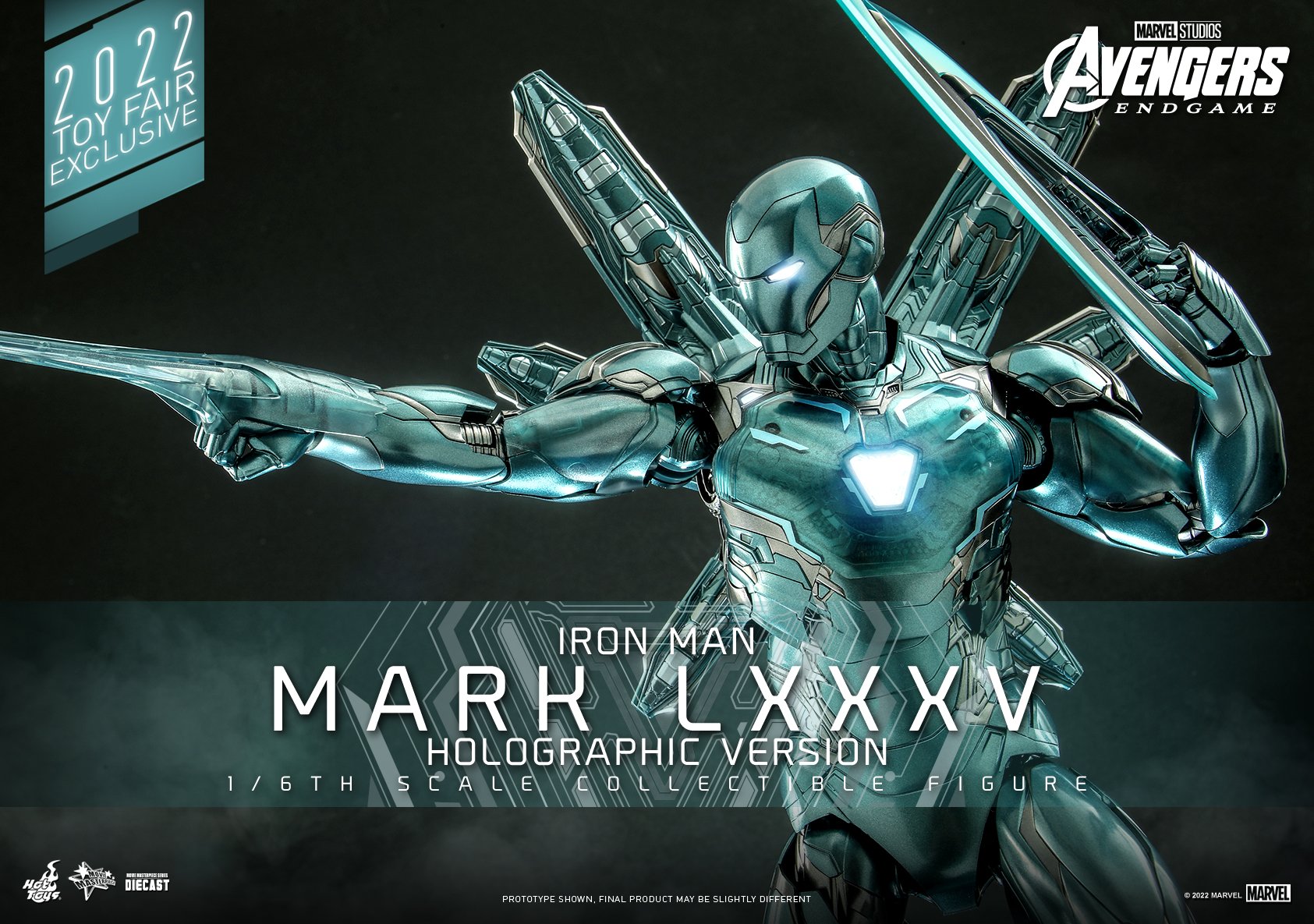 Last but definitely not least…the next Hot Toys Iron Man suit to add to your personal Hall of Armor.  The Iron Man Mark LXXXV (as seen in Avengers Endgame) holographic suit.  Stay tuned for details on when this new suit and the other Toy Fair exclusives will be available for preorder (through Sideshow).  For now, read up on what Hot Toys has to say about this beauty of an armor and don’t miss out on the gallery below!
Iron Man Mark LXXXV is the most advanced and powerful armor Tony Stark has ever created. It’s a special armor that gives Stark superhuman strength, durability, flight, and a variety of high-tech weapons.
Inspired by the design of Tony Stark’s very last Iron Man suit in MCU, Hot Toys is excited to present the Holographic Version of Iron Man Mark LXXXV 1/6th scale collectible figure in metallic blue as this year’s toy fair exclusive item only available in selected markets.
Masterfully crafted based on Iron Man Mark LXXXV in Avengers: Endgame, the diecast figure giving the armor a holographic twist features a helmet head with LED-light up function, intricate design of the Iron Man armor reproduced in blue accent with a metallic appearance, LED light-up functions scattered throughout the upper body, back and Arc Reactor on chest, highly-detailed weapons including Nano Lightning Refocuser, energy blade, Katar and a pair of Nano Repulsor Cannons, interchangeable hands, and specially designed figure stand.
This holographic version of Iron Man will surely stand out in your Hall of Armors collection!