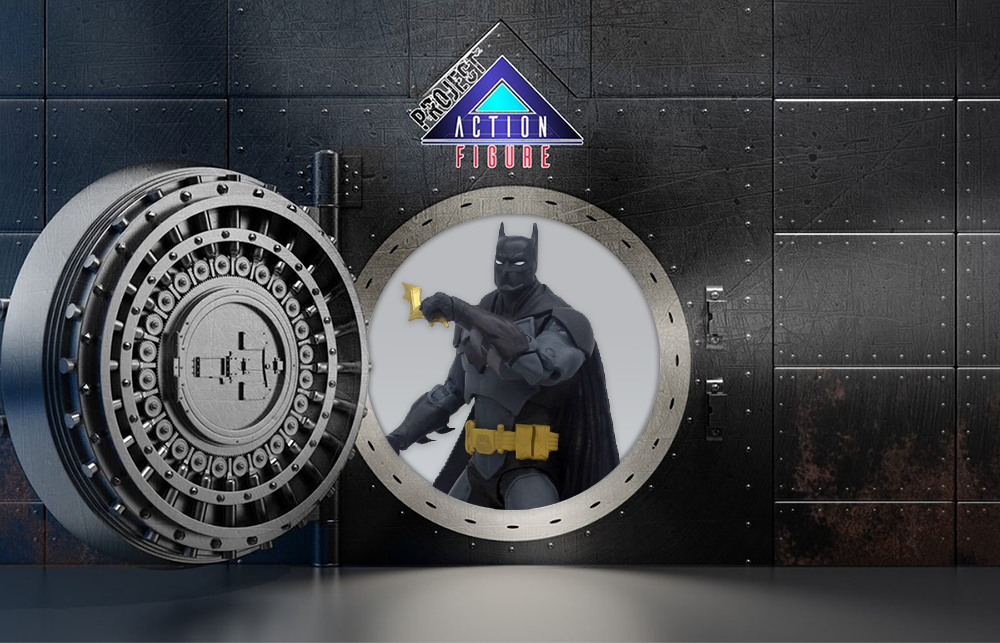 Running from the Magistrate, our new resident finds safety in our Vault, the awesome feature from our site that lets you enjoy a set of Non-Promotional Action Figure photos, taken from all angles, testing all the range of posing and sharing every accessory, so you can judge if the figure is worthy to join your collection before even picking it up on the store!

Batman is based on his looks from DC Future State, released in February 2022 by McFarlane Toys for their DC Multiverse line. 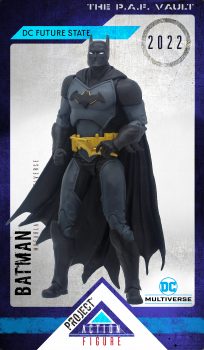 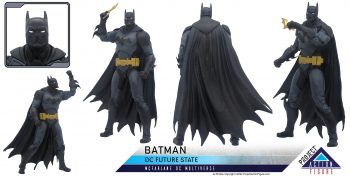 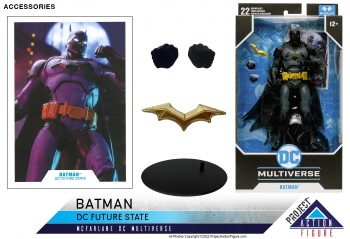 We have a lot of other figures from this same line, you can check them all by clicking here.

“What’s the future of the DC Universe?” was the question that drove one of the most recent events of the publisher, perhaps not the most novel idea -and certainly not the first time that they tackled this subject- but we as readers, but most of all, collectors, got a ton of cool new designs out of it.

Batman wasn’t the exception, only this time, it wasn’t Bruce under the cowl. The mantle for this event went to Timothy Fox, the oldest son of Lucius Fox (CEO of Wayne Enterprises, responsible for creating Batman’s gadgets, you know… Morgan Freeman); he was a problematic young fellow, who on a reckless drive-by killed a man.

Haunted by this, and forced by his father, he went away to military school, and eventually exiled himself from Gotham, his family, and even his name, adopting “Jace” as his new identity. He worked as a covert op specialist, which eventually lead him back to his hometown, and even more, to work undercover at Wayne Enterprises, where he ended up finding out that dear old dad worked with Batman, and guess what… he even stole a batsuit! Keep in mind that this is the future, and Gotham albeit problematic as always has become a police state under the rule of a task force called The Magistrate. One of their top directives is to eradicate vigilantes, and anybody wearing a mask is going to be in big trouble. Because of this -and Bruce being allegedly dead, and you know, the troublesome system and all- Jace decides to don the mantle and fight for his city. A couple of issues later he even joins a new Justice League, and works really hard to put things back in place, and guess what, he eventually does, even getting his own batsignal and a Jim Gordon-esque figure within a reformed Magistrate.

During his brief publication history, there have been not one, but two different Batsuits for Jace and some variations in between, all designed by artist Nick Derington. On this occasion McFarlane decided to go for the first one, probably the coolest one too… but don’t be surprised if we see the other ones in the future as action figures as well. So, let us know if you plan to add him to our collection, and comment down below on which other releases you’d like to see added to the PAF Vault!