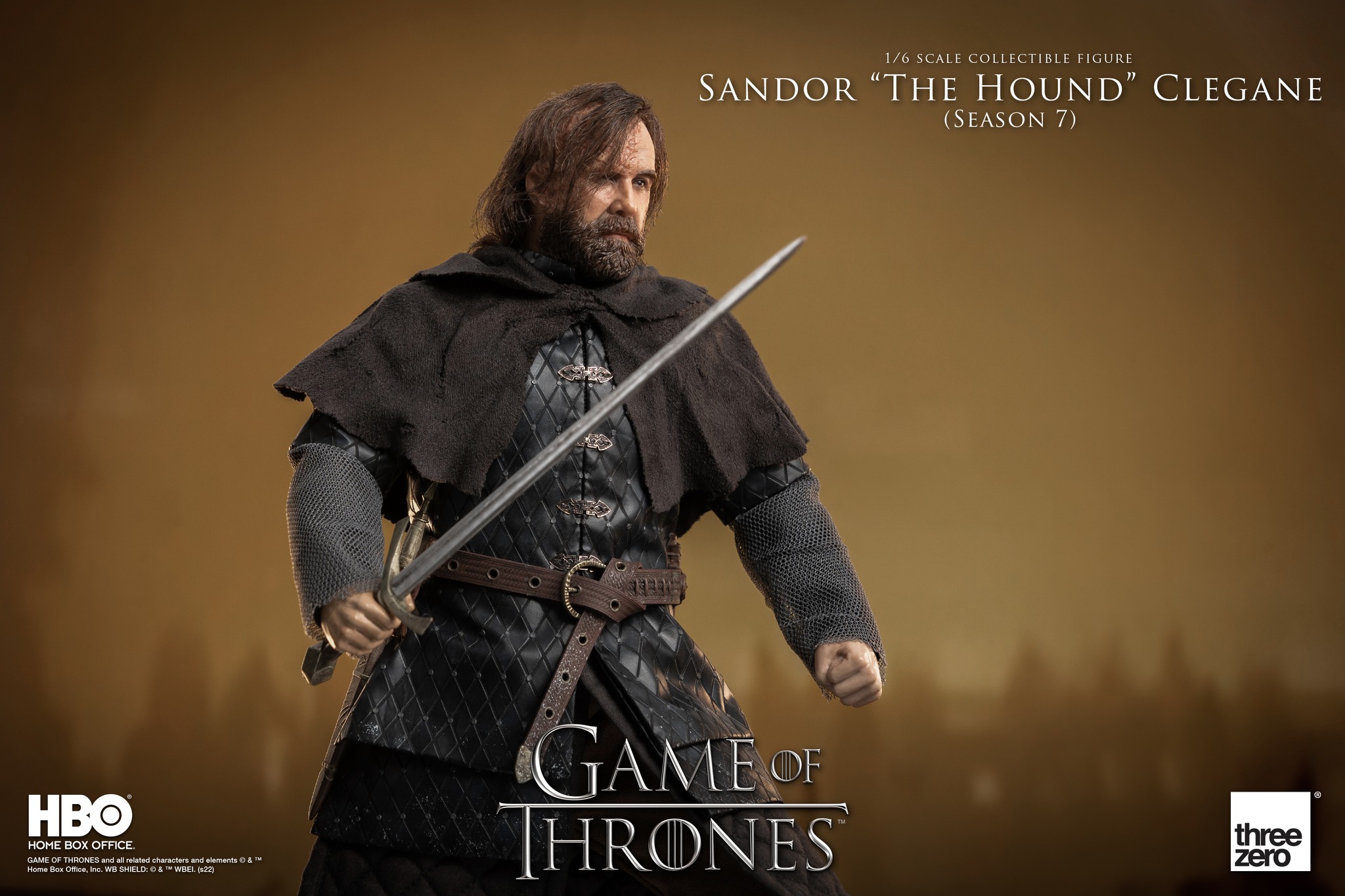 A new facebook post from Threezero reveals our first look at their upcoming one sixth scale Sandor Clegane figure from the hit HBO series Game of Thrones. The posting reveals that more information, including a full figure reveal will be coming our way later this month. The figure is based on the likeness of actor Rory McCann, and looks really nice in the released shot.

The company has put out quite a bit of Game of Thrones product in the one sixth scale to date. This will be the second version of this character in the line, with the first being based upon his armored look in the series. If this one falls along the same path as previous releases, you can expect to pay around $200.oo USD when it goes up for pre-order.

1/6th scale articulated figure of Sandor Clegane, the fugitive and warrior more commonly known as “The Hound,” from Season 7 of HBO’s Game of Thrones is coming this month!

Threezero, founded by Kim Fung Wong, is one of the original producers of the Hong Kong designer figure style. The company is recognized by their iconic gasmask logo (designed by Michael Lau) and known for their many iterations of street-smart vinyl figures.

threezero began by producing 12” figures in special forces uniforms around the year 2000, and pioneered the production of metal weapons and accessories for these figures. threezero has since extended their toy ranges from 12” figures to designer vinyl collectibles.