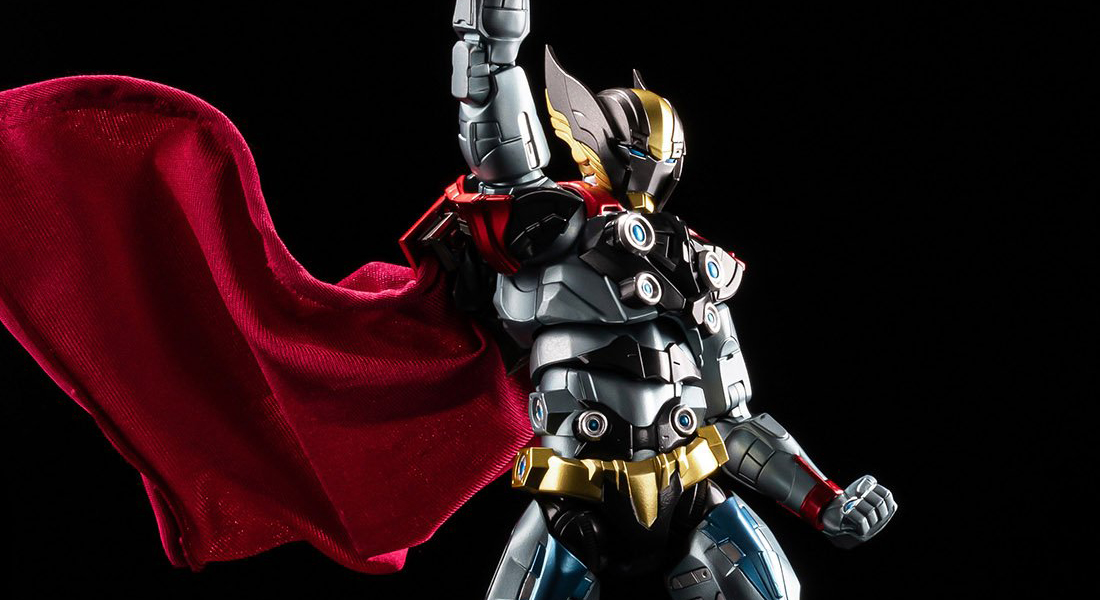 Sentinel has released official photos of their upcoming Fighting Armor Thor action figure. This is the latest Marvel figure in their “Fighting Armor” series of action figure, which offer a different take on classic Marvel characters. One cool thing about these figures is the mixture of plastic and die-cast pieces, giving it that little extra touch to make these stand out from the rest.

The Fighting Armor Thor is priced at $84 and is due for release in December of 2022. You can check out the solicitation information as well as a photo gallery of the upcoming action figure below!

“What if… Tony Stark integrates each of the Avengers’ super power into an armor?”

Using plenty of newly developed parts, the most primitive and iconic look of Thor appeared in the comics is recreated! A red cape, a sleeveless black vest with silver and blue circles along the chest and the torso, golden belt and boots etc. Thor’s winged helmet is faithfully sculpted as a gleaming metallic helmet with wings on either side fitting the name, while the skillful use of golden colour also simulates Thor’s blonde hair.

In addition to the classic Mjolnir (the magical hammer of the God of Thunder), Stormbreaker (the mystical axe crafted by Eitri powerful enough to help Thor kill Thanos) is also included as an optional weapon for more display possibilities.

Thor’s superhuman attributes and the weapons forged from URU metal are a perfect match for FIGHTING ARMOR!