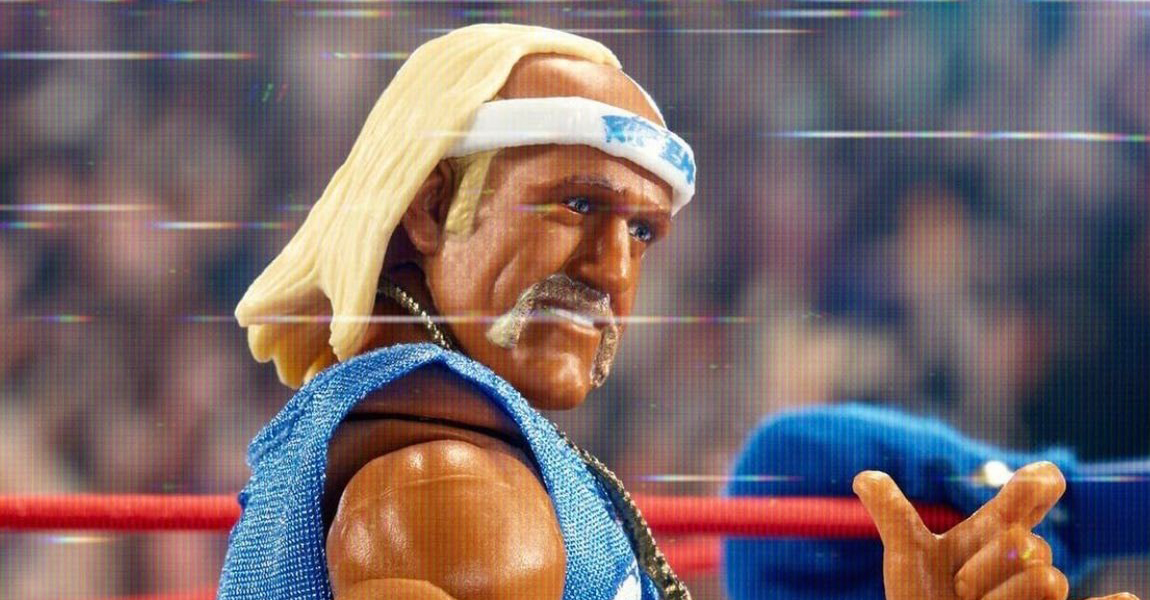 Mattel has unveiled yet another awesome San Diego Comic-Con exclusive. This time the company is bringing over-the-top nostalgic action with a two-pack of WWE No Holds Barred figures!  This set features the showdown from the movie between Hulk Hogan as Rip and Tom “Tiny” Lister as “The Human Wrecking Machine” Zeus. Perhaps the coolest thing about the set is the fantastic VHS tape case these two figure come in!

No Holds Barred is a cheesy 80’s flick centering around a TV-network boss pits a wrestler called Zeus against a wrestler called Rip in a wrestling match. If you have never seen it, then this set is probably not going to interest you, but if you have then you know this a must have addition to your collection. The movie takes place during the peak of Hulk Hogan’s dominance in the world of wrestling.

You can check out a quick image gallery below of the Hulkster and Tiny!