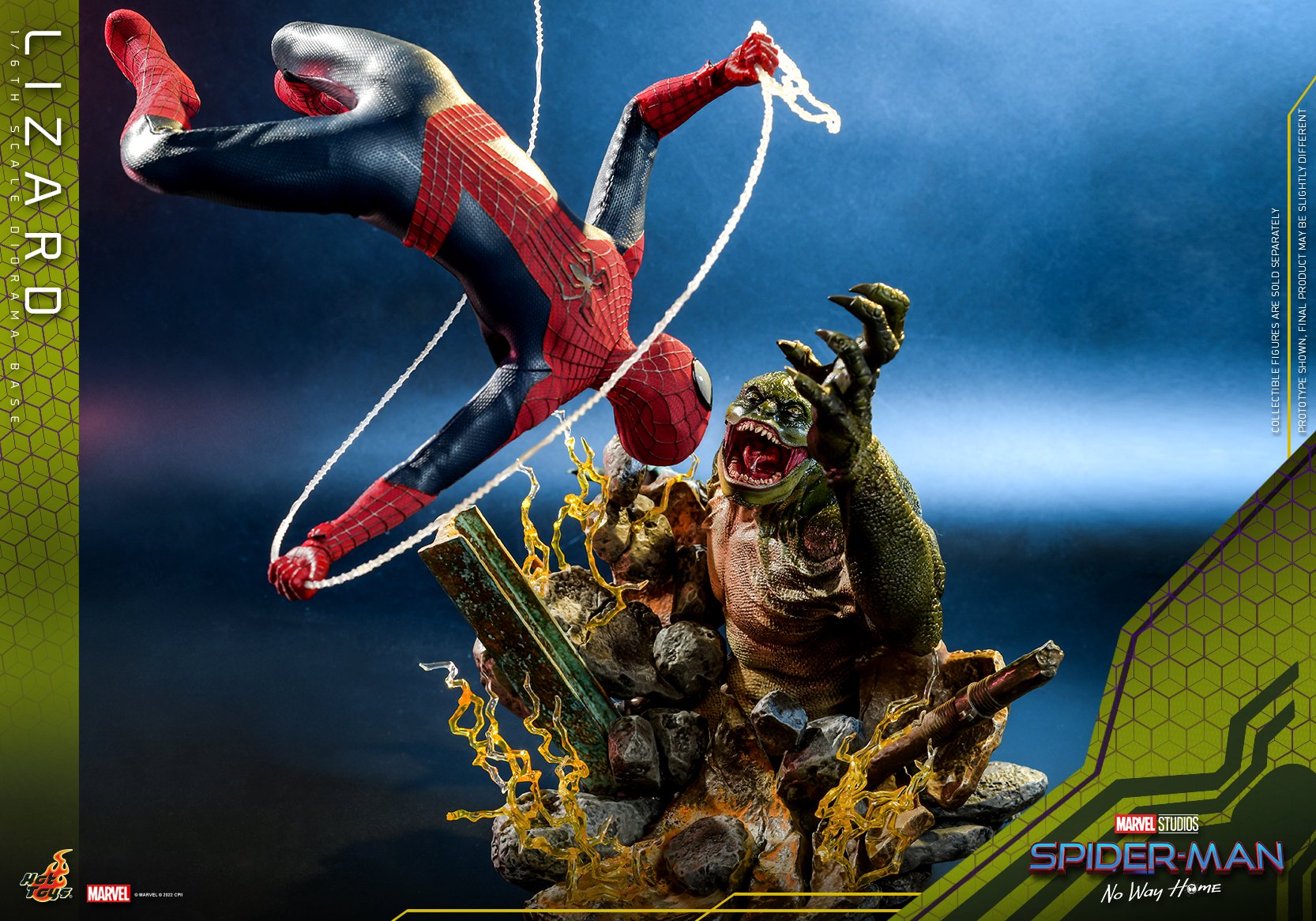 Hot Toys has dropped another group of future 1/6 scale releases that will have many Marvel fans excited!  After years of fan requests there is finally a Spider-Man release on the way based on the 2014 movie The Amazing Spider-Man 2 featuring Andrew Garfield as your friendly neighborhood Spidey.  In addition to this new Spider-Man figure they are also releasing a separate deluxe base featuring The Lizard to display your Spider-Man.  Normally they release these in regular and deluxe versions, with the deluxe version containing the fancier display base.  The Marvel madness doesn’t end there though as they also have revealed a new Wolverine from the 2014 movie X-Men Days of Future Past with everyone’s favorite Logan: Hugh Jackman.  This version is based on his look from 1973 and has a few 70’s styled outfits for Logan to wear.  Wolverine will come in regular and deluxe versions along with a special release.  The regular comes with the standard figure and accessories, the deluxe includes a very detailed scenic display base, and the special edition comes with a bonus Sentinel forearm.
Look for preorder information in the very near future but for now be sure to read what the Hot Toys crew has to say about these new releases and definitely check out the photo galleries below!

“You know what it is I love about being Spider-Man? Everything!”
Reprised his version of Spider-Man in the latest Spider-Man movie, Andrew Garfield’s surprise appearance has not only provided audience a big thrill but also driven incredible fan reactions in the epic Spider-Mans meet up during screenings!
Today, Hot Toys is bringing fans the hotly-anticipated 1/6th scale figure of The Amazing Spider-Man based on The Amazing Spider-Man 2.
Skillfully crafted based on Spider-Man/ Peter Parker’s screen appearance portrayed by Andrew Garfield in the movie, the figure features a Peter Parker head sculpt with stunning likeness, a masked head sculpt; a beautiful recreation of Spider-Man’s red and blue Classic Suit with black web impressions; highly-poseable body for his extreme acrobatic ability; accessories including spider-man mask, and assorted spider-web shooting effect parts.

Doctor Strange has accidentally casts a spell that opened up portals to multiverse in Spider-Man: No Way Home, sending both famous villains and generations of Spider-Man from the early Spider-Man movies to this universe!
To enhance your Spider-Man: No Way Home collection displays, Hot Toys is introducing a highly-elaborated 1/6th scale Lizard Diorama Diorama Base depicting the present of the Spider-Man’s foe. Themed base shows Lizard holding a dynamic pose in a battleground with intricate painting applications on its sculpted body, surrounded by Electro’s yellow lightning strikes effects; coming with a curing serum as accessory. Measures approximately 27cm H x 33cm L x 23cm D.

The unstoppable X-Men from the original X-Men film trilogy, including Wolverine, join forces with the younger selves from the past in order to change a historic event and fight in an epic battle that could save the future. As a continuation on the X-Men collection, Hot Toys is very excited to officially introduce a 1973 Version of Wolverine as 1/6th scale collectible figure inspired by X-Men: Days of Future Past movie.
The highly-accurate collectible figure is specially crafted based on the appearance of Hugh Jackman as Wolverine in the movie. It features a newly developed head sculpt and hair sculpture with incredible likeness, skillfully tailored costume with a genuine leather jacket, interchangeable hands with bone claws, a pair of seamless forearms and clawed hands for Wolverine for alternate styling and figure stand for display.
A Special Edition available in selected markets includes a Sentinel forearm machine gun.

In a future world torn apart by hatred of all mutants, Wolverine is one of the few remaining X-Men able to continue the fight against Sentinels – the highly efficient killing mutant machines. Now older and wiser, Wolverine volunteers to go back in time and rally the X-Men of the past to restore the world to its rightful path.
Hot Toys is thrilled to revisit the highly-acclaimed X-Men: Days of Future Past movie by presenting a Deluxe Version of Wolverine outfitted in 1973 fashion as the latest 1/6th scale collectible figure, comes with a remarkable diorama base to compliment the display.
The movie-accurate collectible figure is beautifully crafted based on the appearance of Hugh Jackman as Wolverine in the movie. It features a newly developed head sculpt and hair sculpture with impressive likeness, carefully tailored costume with a genuine leather jacket to complete his striking look, interchangeable hands with bone claws and a pair of seamless forearms and clawed hands for Wolverine’s alternate styling.
The Deluxe Version includes a greatly detail diorama figure base that replicates the peculiar terrain of combat.
A Special Edition available in selected markets includes a Sentinel forearm machine gun.