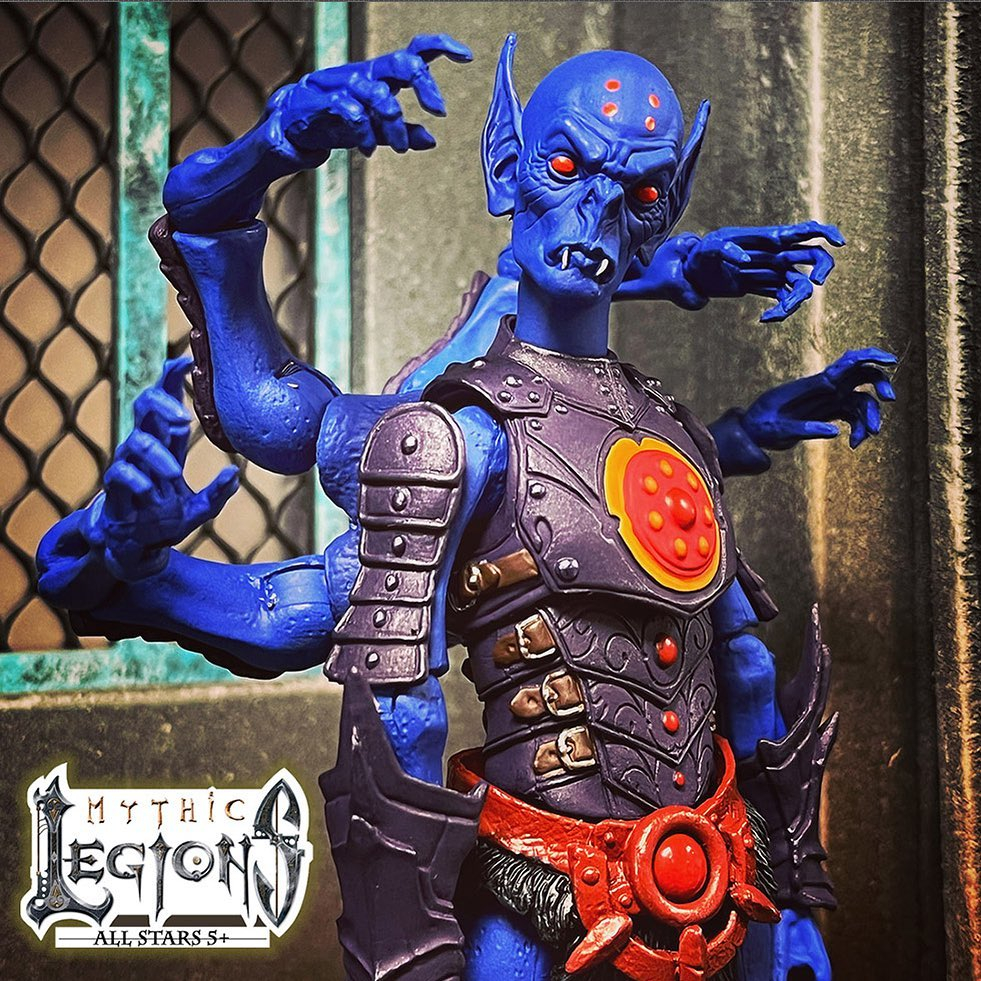 Webstor, is that you?  LegionsCast recently posted a video to the Four Horsemen Studios YouTube channel with the latest reveal from the upcoming “Mythic Legions: All Stars 5+” wave – the Arakkighast known as Okeaetos!  One look at this figure and it’s easy to see the Masters of the Universe inspiration from the classic character Webstor.

The 8-limbed assassin will be one of the figures available for preorder starting on Friday, July 29th, along with the rest of the All Stars 5+ wave. He joins the All Stars vote winners Rahmulus, Ilgarr, and Azhar, as well as the other Power-con Debut figure, Zenithon, in this upcoming wave.

They also expect to have a very limited number of this figure in-hand and for sale at the Power Con event from August 5-7 in Columbus, OH.