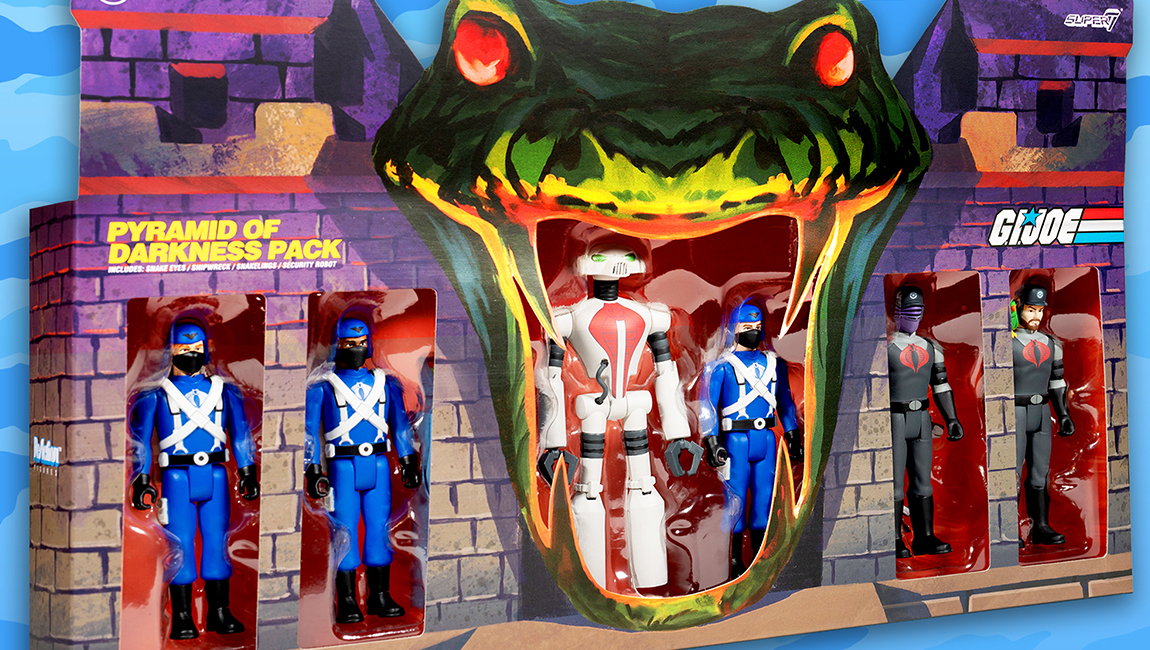 Super7 is at it again, this time hurting my wallet big time. The company has revealed their plans for their G.I. Joe license at San Diego Comic-Con 2022, and it is great! ReAction fans should be on the lookout for a Snakelings Box Set is inspired by the “Pyramid of Darkness” of G.I. Joe: A Real American Hero where Snake Eyes and Shipwreck (along with Timber and Polly) infiltrate a Cobra base! Another ReAction exclusive are the six new glow-in-the-dark G.I. Joe figures under the banner “Glow Patrol”. The six figures include Scarlett, Snake Eyes, G.I. Joe trooper, Baroness, Cobra Commander, and a Cobra Trooper.

Fans of the G.I. Joe Ultimates line (well technically are there really any fans yet, as the line hasn’t even seen one release) can look for a variant Cobra B.A.T. figure.

The only place to snag these figures (outside of a probably ridiculous mark-up on eBay after the show) is at the Cobra Recruitment Center pop-up shop (701 8th Ave) during San Diego Comic-Con 2022 Thursday, July 21 through Sunday, July 24 most likely while supplies last.

Attention! Stand by for a message from Cobra Commander! Report to the Cobra Recruitment Center pop-up at the Super7 San Diego store at 701 8th Avenue during San Diego Comic-Con next week!