Pre-Order: McFarlane Toys Reveals Deathstroke and Ocean Master for the 1st Day of its Summer Showcase 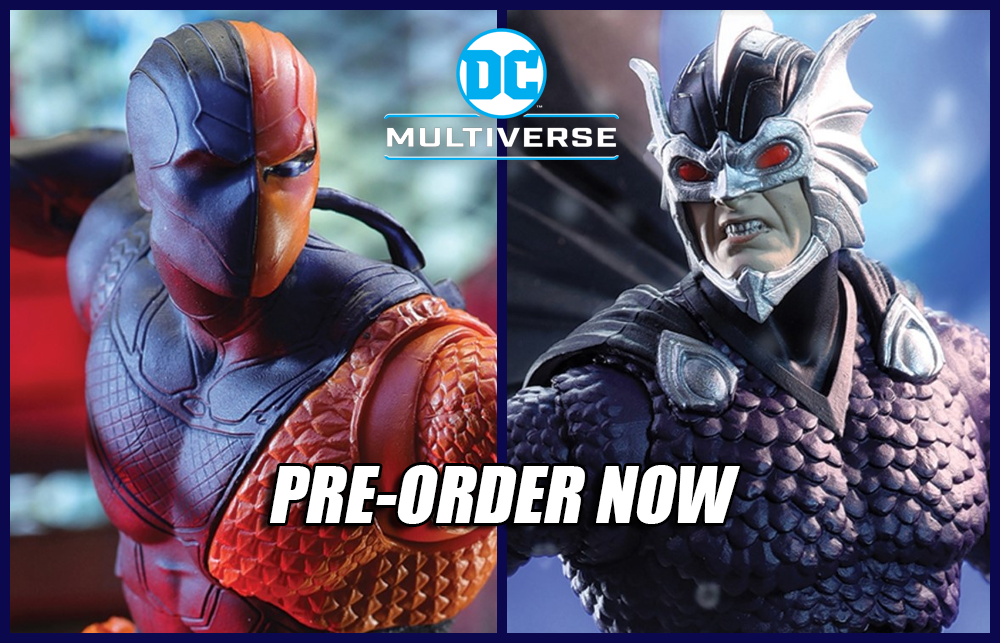 After some late night teasers (and a couple of leaks, to keep the tradition) McFarlane Toys Summer Showcase is back in 2022 for another round of announcements and pre-orders for all of their major licenses.

We start today with the golden boy of the family: DC Multiverse! One of his most recent looks, this new Deathstroke figure has a more streamlined design, coming from the DC Rebirth era. Pair that with a less than average paint job and the lack of weaponized accessories we are already used to, this is a bit of an underwhelming release; however, the sculpt as always is top-notch, so I expect to see great things from the customizers out there. The first time we see this character on the line, all the Aqua-lore fans should be glad enough to see this timeless yet modernized look, straight from the redesigns we got with the New 52.

This is part of the Gold Label releases AND a Target exclusive, and one thing to notice is that it seems to have a lot more care and detail on the paint application than the one we saw earlier this week on the leaked pictures, it could be that the regular release will lack this? We’ll see.