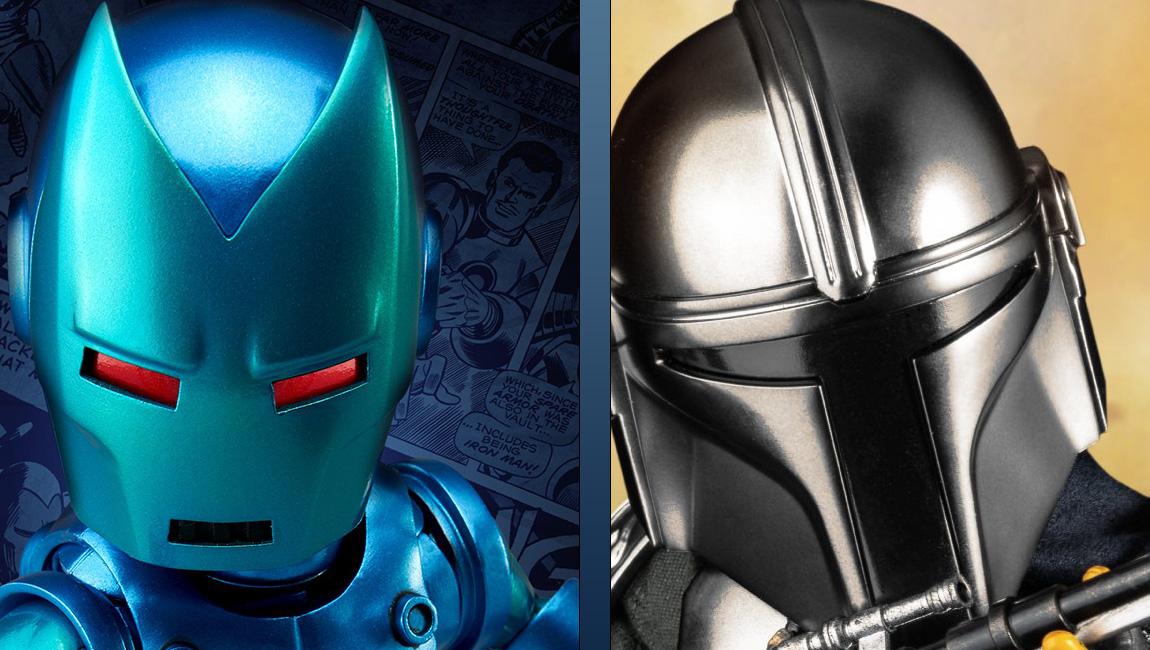 Beast Kingdom is getting into the San Diego Comic-Con 2022 exclusives announcement action today. The company has announced exclusive EAA-122SP The Mandalorian Beskar Armor and EAA-105SP Marvel Comics Iron Man STEALTH MODE action figures for the event. Both will be $100 each and you can purchase them directly from the Beast Kingdom booth during the convention.

Check out the solicitation information below!

The 6-inch EAA (Egg Attack Action) figure from Beast Kingdom’s ‘Entertainment Experience Brand’ follows the launch of the first Mandalorian armored action figure with an electro-plated special release ‘Beskar’ armor. Combining high-grade manufacturing techniques to showcase a steel-like suit with a highly articulable figure, the EAA-122SP is a collectable fit for any protector of Grogu!

Based on the designs of the classic comic ‘Marvel Super Heroes’, the limited edition EAA-105SP is an homage to the Stealth Suit Iron Man! Designed in an awe-inspiring indigo-blue, the highly articulable Egg Attack Action figure blends the stylized EAA design with the cool retro looking armor. Using high grade paint, the figure replicates the metallic, battle-damaged look of the armor.