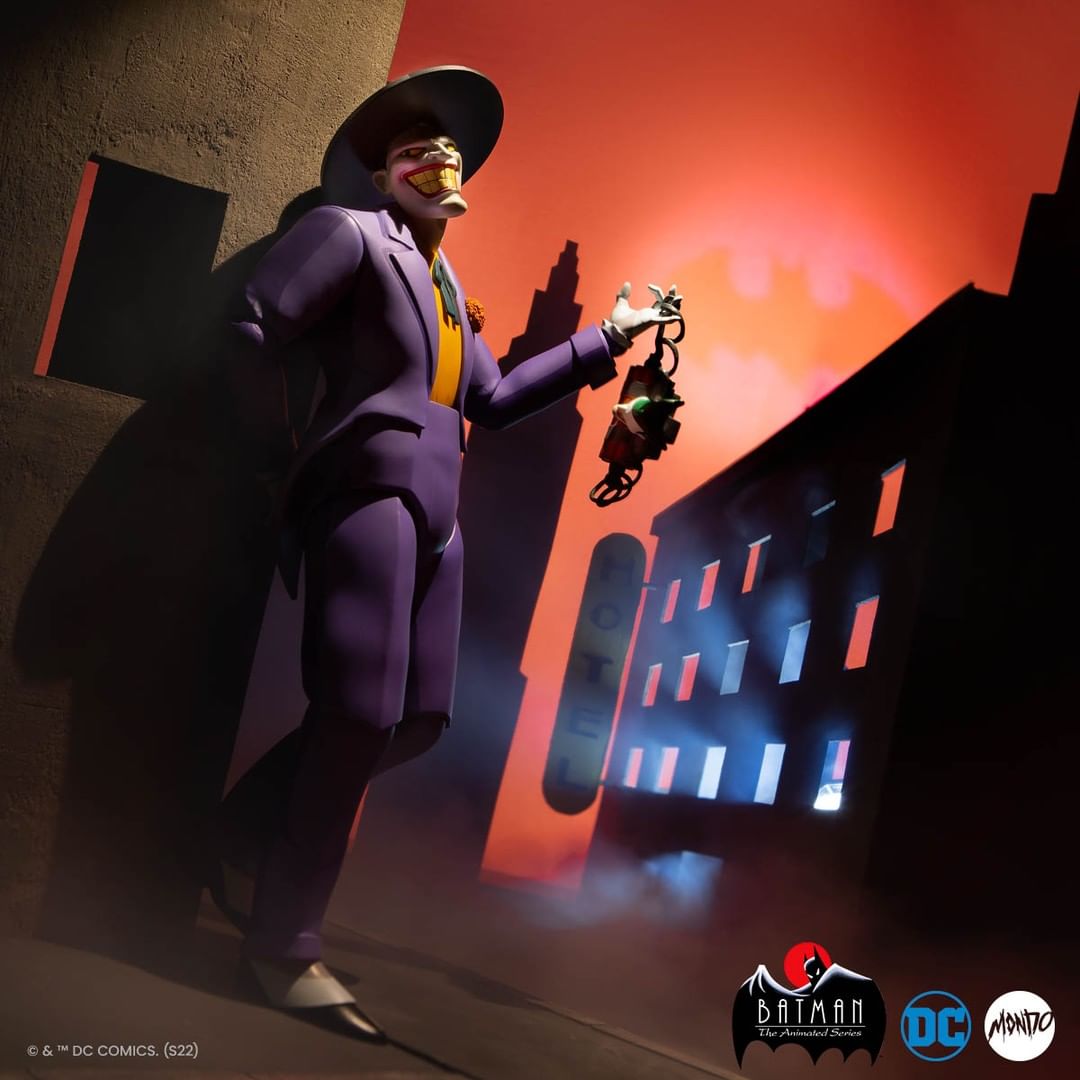 Mondo has revealed three new 1/6 scale Batman The Animated Series action figures releasing next week for SDCC: two versions of Joker and an all new Batman!  Joker will have a SDCC exclusive edition limited to 1000 pieces and a regular edition.  The exclusive will be 235.00 and the regular only 10 dollars cheaper at 225.00.  Batman is being released again but this time features a revised sculpt, new paint apps, and glow in the dark eyes.  He will retail for 220.00.  All three releases will be available online only Wednesday July 20.  Stay tuned for more information and images as they are provided.