Pre-Order: McFarlane Toys Reveals Talon, and Megafigs for Nekron and Bane during the 2nd Day of Summer Showcase 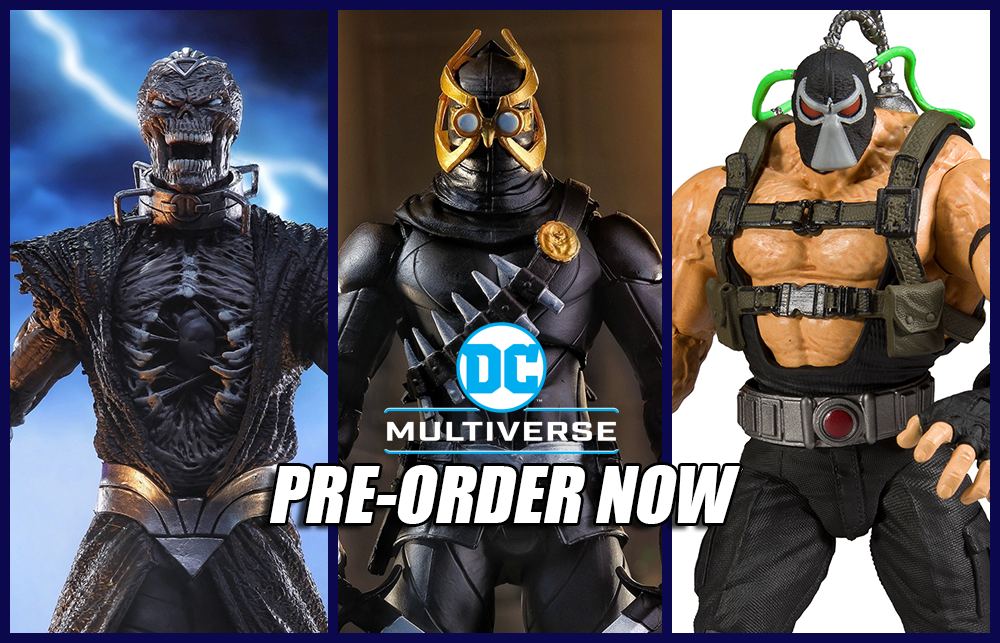 With a lot of teasing from the last couple of nights, we start the second day of the Summer Showcase with some hardcore villain vibes! Even though they will officially roll out during the day, we can now confirm the latest 3 additions to the DC Multiverse line, pre-order links and all! Coming out of one of the best comic runs of the past decades, the lethal foot soldiers from the Court of Owls are the next release looking to bulk up the villains roster of DC Multiverse. Although there has been a couple of variations during Scott Snyder and Greg Capullo’s storyline, the most iconic and sought-after is this exact same look which was previously done by DC Collectibles for their Designer Series line, but it has little to envy to that release, with impeccable sculpting, and all the same accessories!

Some people liked the “Last Knight on Earth” BAF Bane, some people hated it, and many customized him to suit their needs… but I think that all camps can agree that this is THE Bane to have in every collection. Going for the right choice, this is a Megafig, and oh boy does he look massive; and his classic looks can suit almost any line up that you may need to have him in. This Nekron sculpt is absolutely terrific.. and terrifying! Major props, especially for the chest details and exposed heart.

Many of us wished for a second wave of Blackest Night, given that it’s probably the best storyline to take inspiration from when it comes to turning Lantern Corps into figures, and Nekron was the easy guess for the buildable release… but I’m very glad they decided to give him a single Megafig release, that way we can enjoy the full detail and proper articulation that sometimes is lacking in a BAF. Although it doesn’t confirm more lanterns, I wouldn’t be surprised to see at least one of each corps represented between the end of 2022 and the start of 2023.

There’s no doubt that these will sell out quickly, since it’s prime for army building, so act fast!