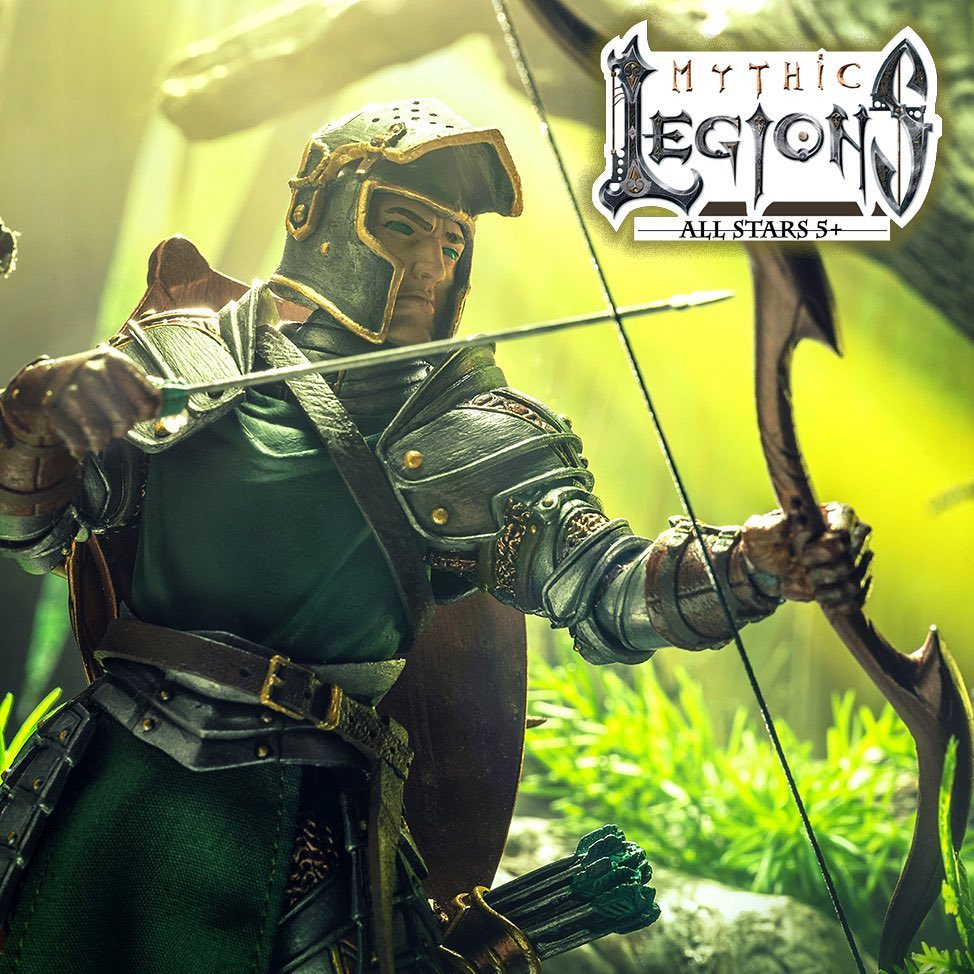 Mythic Legions: All Stars 5+ reveal is a brand new figure that is being made available for the very first time in this wave – the Xylernian Guard!

These steadfast soldiers can be found throughout the great forests that make up the kingdom of Xylerina. Drawn from the various sub-races of elves found in the Flock, the Xylernian Guard are as diverse as the Fae that make up this great faction.

The Xylerian Guard figure joins the previously announced All Stars vote winners (Rahmulus, Ilgarr, Azhar) and the two Power-con Debut figures (Zenithon and Okeaetos) in the Mythic Legions: All Stars 5+ wave. That wave goes up for preorder on StoreHorsemen.com starting on Friday 7/29 at 12pm EST. Stay tuned for more details, and more reveals, from this upcoming wave of Mythic Legions!