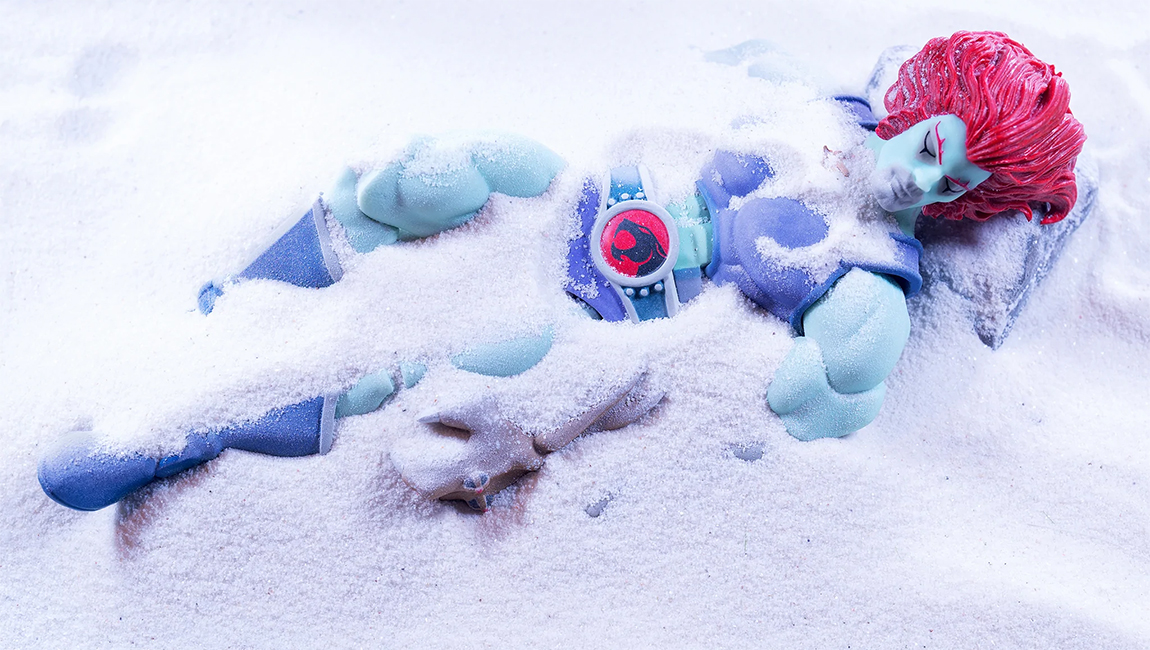 A few days ago, Super7 announced the Ultimates Lion-O (Hook Mountain Ice) figure would be available exclusively at San Diego Comic-Con this year. Other than a quick announcement and one photo, we couldn’t really make out exactly what we would be getting with this figure.

Now the company has put the figure up in their online store even though it isn’t up for pre-order yet. The page just lists the solicitation information about the figure, with the “coming soon” title. However, we do have a price now, which is $55.00. This isn’t horrible as it is roughly the same price as normal Ultimates figures. How many will the company have for sale on their online store after San Diego Comic-Con remains a mystery, but you can probably guess it will not be many.

Details for the upcoming San Diego Comic-Con exclusive are below!

Lion-O is normally one cool cat, but his encounter with the Ice King on Hook Mountain results in him becoming frozen solid! Inspired by the “Secrets of the Ice King” episode, this 7” scale highly articulated ThunderCats ULTIMATES! figure of Lion-O features a frozen blue colorway and includes interchangeable heads & hands and frost-encrusted accessories. Made with photochromic plastic, Lion-O transforms from frozen blue to his more healthy orange skin tone when introduced to UV light! Best of all, this ULTIMATES! figure is in-stock and available now, so don’t get left out in the cold— snag your Hook Mountain Ice Lion-O now!