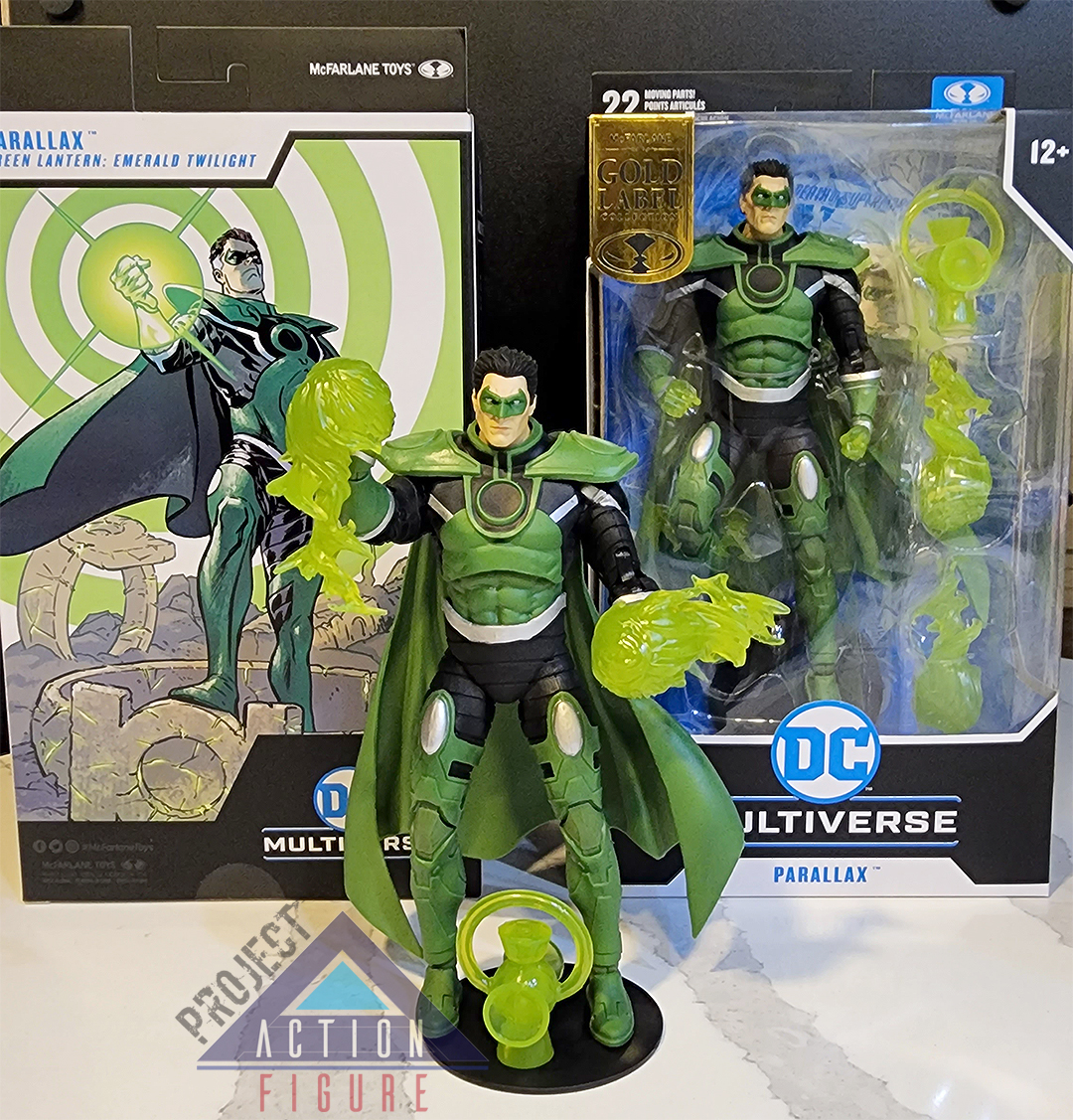 McFarlane’s Summer Showcase may have ended today after an unannounced encore but that doesn’t mean the new releases are all officially announced.  As our own Bass has reported in his leak articles, there’s still plenty more on the way.  This weekend, another of his leaks has hit retail before any official announcement or mention of its existence.  Wal-Mart stores have begun to receive and sell the rumored Hal Jordan Parallax Gold Label figure.  Thanks to PAF reader Angel Herrera we are able to share with you images of this brand new (and really cool) release. Angel was lucky enough to find and purchase Parallax at his CedarHill Wal-Mart in Texas for 19.99.  If you’re out hunting this weekend and have any Wal-Mart’s in your area it may be worth taking a look.

In 1994 DC Comics wanted to shake things up with their Green Lantern book and hopefully increase interest in the title.  This is why Kyle Rayner was created and became the new Green Lantern for the time because Hal Jordan had become a supervillain named Parallax.  What drove Hal to this turn to evil?  First Mongul and Cyborg Superman destroyed Hal’s hometown Coast City.  Seeing his beloved hometown in complete destruction and not preventing it Hal went berserk.  In his state of insanity he killed the Green Lantern Corps, not just a few…the whole Corps and the guardians leaving only one survivor: Ganthet.  This turn to evil gave the former Green Lantern a new name, Parallax.  He would continue on as a supervillain in the 90’s while Kyle was now the heroic Green Lantern.  As Parallax, Hal tried to change history during the crossover event Zero Hour: Crisis In Time by using the combination of power from every Green Lantern ring (he had all the rings because he killed all the Corps) to bring back Coast City.

Hal ended his run as Parallax by sacrificing himself reigniting the sun (and then becoming the Spectre, but that’s another story for another day).  Years later at the beginning of Geoff Johns spectacular Green Lantern run, Parallax is discovered to be an ancient parasite born from the yellow portion (fear) of the emotional spectrum.  Thanks to the Guardians, Parallax was imprisoned inside the Central Power Battery on Oa, and Hal Jordan was back to his heroic self.

Be sure to check out the image gallery provided by Angel and don’t forget to hunt at Walmart for this new exclusive Gold Label release.  And be sure to report in with your new action figure finds!