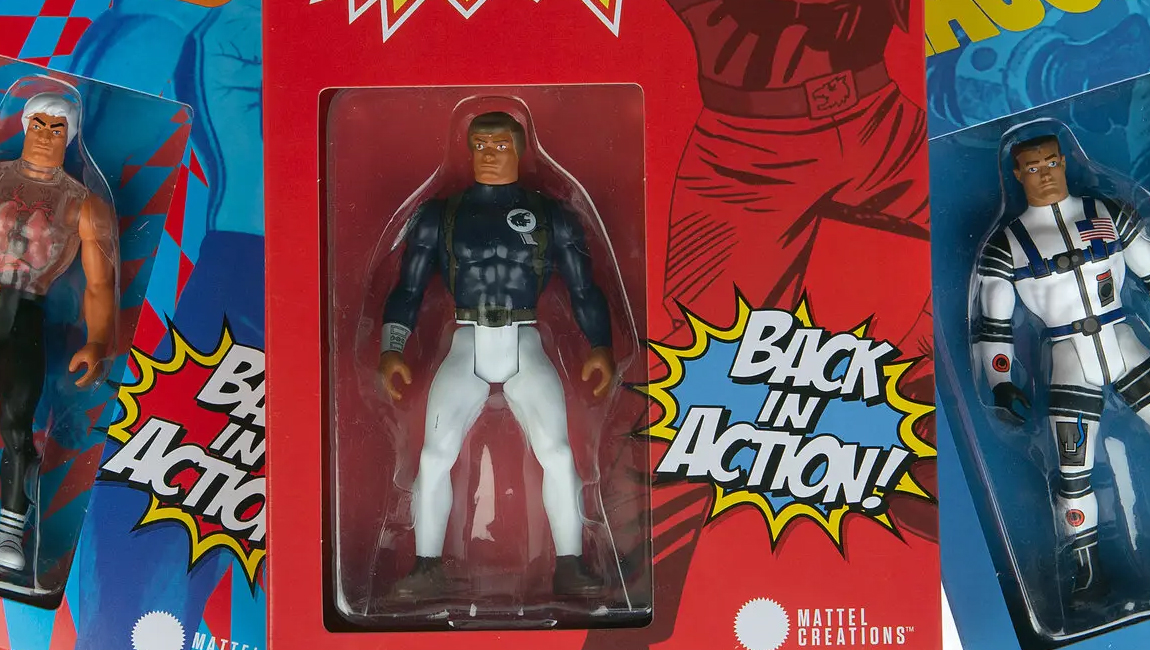 Thanks to the New York Times, we have our first look at three San Diego Comic-Con 2022 exclusives coming from Mattel Creations! Mattel is bringing back some classic action heroes from the 60s and 70s in a smaller action figure format under the “Back in Action” brand. The figures include Pulsar – The Ultimate Man of Adventure, Big Jim and Major Matt Mason!

The reappearance of these three action heroes is part of a strategy hatched by Ynon Kreiz, Mattel’s chief executive, to capitalize on the company’s intellectual property by reviving old brands for new generations.

Are these heroes till relevant though? Major Matt Mason, an astronaut action figure, was introduced in 1967 and saw success until children began to lose interest in space exploration. He resurfaced in pop culture in 2019 when Tom Hanks signed on to produce and star in a forthcoming movie about the spaceman. Big Jim arrived in 1971, followed by Pulsar in 1976, but they too have been out of the public eye for decades.

Mattel is banking on the fact that they own this I.P., and they can leverage merchandising these heroes to a new generation of fans. Gerrick Johnson an analyst at BMO Capital Markets, says “You own the I.P., so there’s the opportunity to capture merchandising, one of the huge upsides is to elevate a toy line that was underperforming or not performing at all.”

To help bridge the generation gap, Mattel will introduce the toys in a smaller size that appeals to collectors of toys from the 1980s. As you can see from the image above, they are very reminiscent of Mattel’s Secret Wars line based on Marvel characters. This figure style has seen a resurgence in popularity thanks to Fresh Monkey Fiction’s Amazing Heroes toy line.

“That figure form is beloved among collectors,” said Brian Heiler, publisher of Toy-Ventures magazine, which examines the history of vintage toys. “Those folks might not care much about Big Jim or Pulsar, but they might buy this format.”

If you would be interested in these figures, leave a comment below. I would love to see the average collector’s interest in these action figures.

2 thoughts on “Mattel Bringing Back Big Jim, Matt Mason and Pulsar for SDCC 2022”