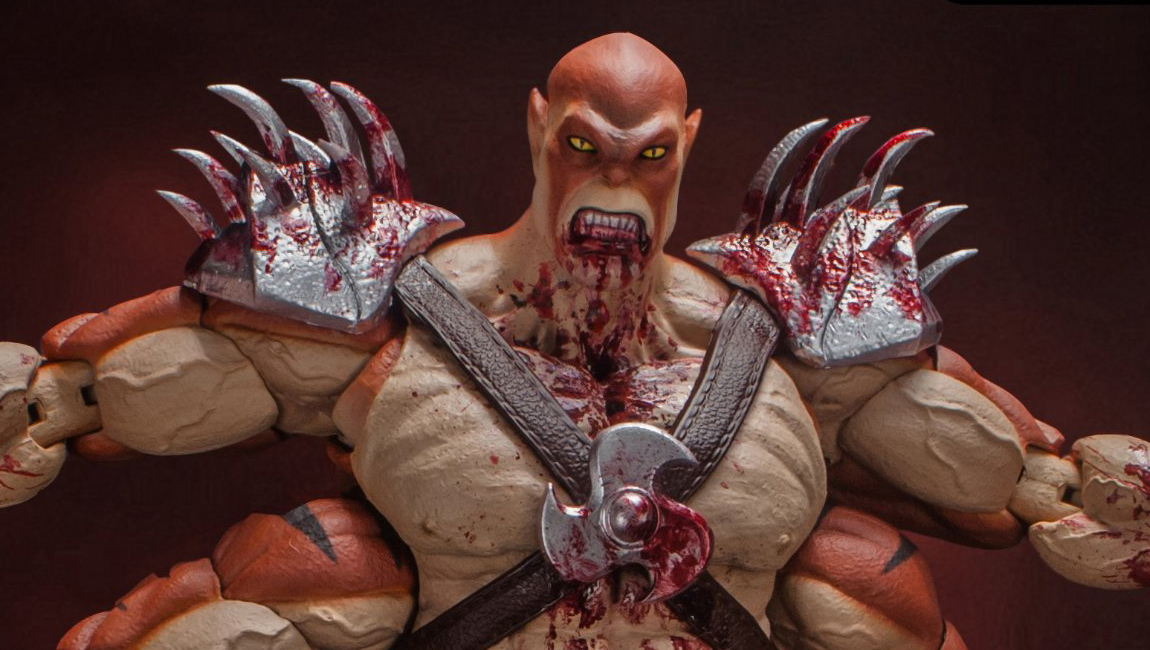 Headed to San Diego Comic-Con this weekend? Stop by the Storm Collectibles booth and check out some of their awesome SDCC Exclusive action figures. The company announced three figures that you will only be able to find at the convention.

First up is the special edition Mortal Kombat Kintaro figure, followed by special editions of Samurai Showdown’s Nakoruru, and Street Fighter’s Zangief. Unfortunately there is no word on pricing just yet. You can these figures and more at the Storm Collectibles booth (#301) on the show floor of San Diego Comic-Con 2022!

Check out the image gallery below to get a good look at the action figures and the accessories.

Storm Collectibles is a Hong Kong based company established in 2007 as a one-stop source for action figures. The company licenses, designs, produces, and distributes high-quality 1:4, 1:6, and 1:12 scale collectible action figures. The emphasis is on creating an authentic and fully realized detailed likeness that focuses not only on the head sculpt, but also on a tailored and sculpted body, joints, fashion, and accessories.