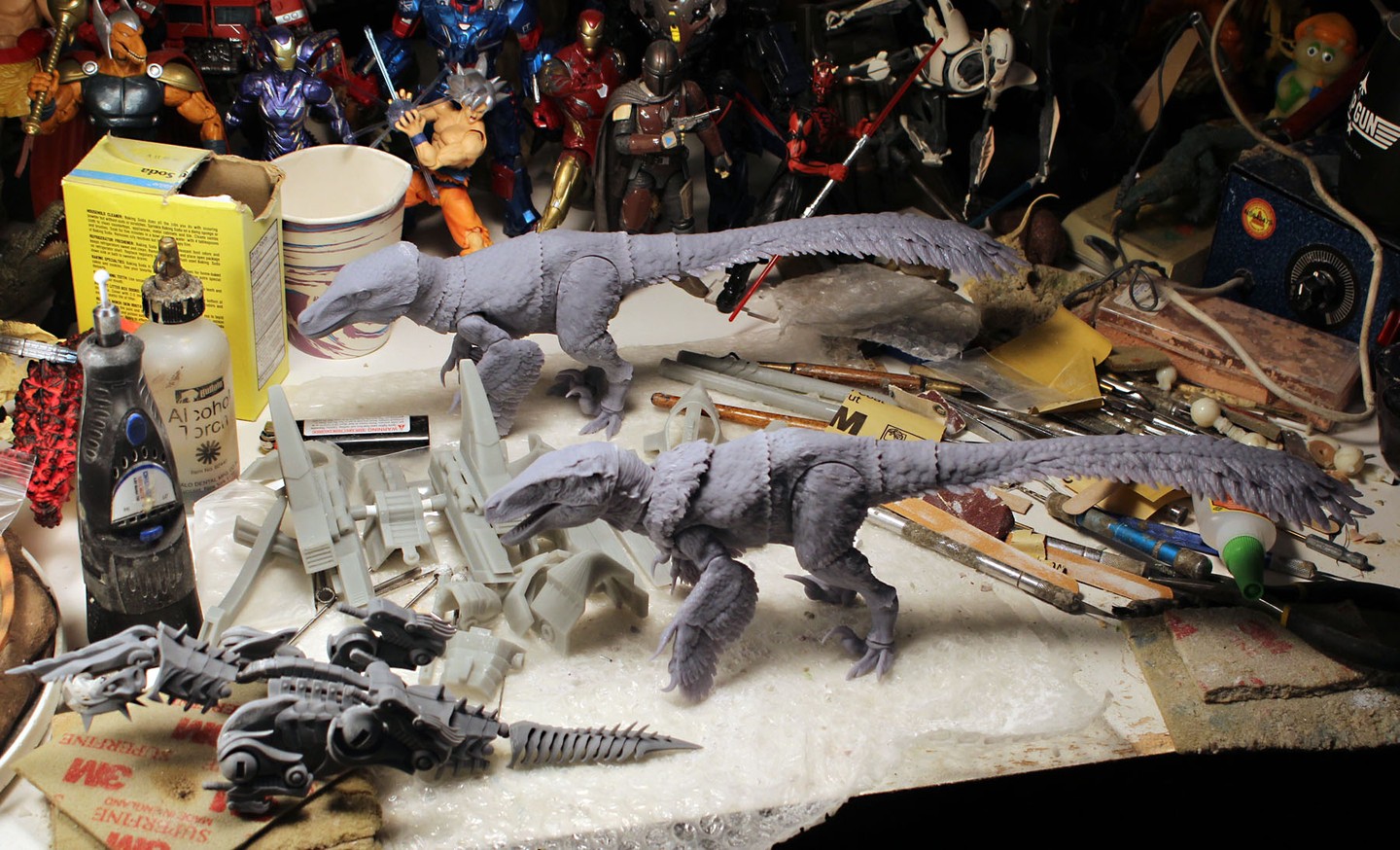 For those who haven’t been keeping up with the Beasts of the Mesozoic line, David Silva has been showing off concept art of a new line, called Cyberzoic. Originally announced in March of this year,  Cyberzoic is a line with scientifically accurate dinosaurs, but with high-tech armor and weapons as added accessories. There is a whole mythology behind the line, with different clans utilizing different dinosaurs and different tech and weaponry.

‘In the distant future, the remnants of humanity are in a struggle to earn their right to survive on a new planet, protected by the formidable ‘Dragons’. With limited defenses, Earth’s mightiest beasts are resurrected through science and technology, giving the humans more than a fighting chance against the reptilian natives. But after splitting into several opposing clans, humanity’s biggest threat may still be themselves.’

We’ve been treated to dozens of photos of concept art, and renders of 3d models, but today, on Instagram, eagle eyed viewers were treated to a workbench photo that showed a prototype set of armor with two Raptors.

I’m looking forward to seeing more of this lines development and the finished products. No announcement on when they will be available, but based on the pictures, I would expect an official announcement kicking off the line soon.