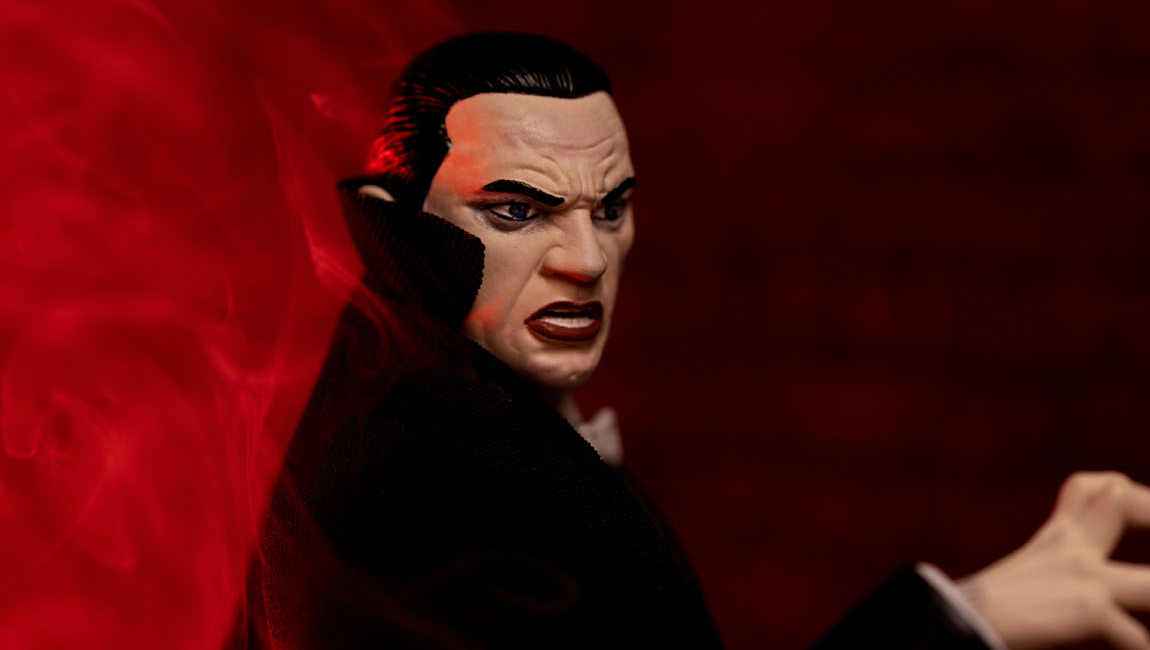 A new action figure based on Bela Lugosi’s Dracula is coming soon to a toy store near you! Jada Toys has just announced a brand new Bela Lugosi Dracula figure. I am not sure if this is considered part of their Universal Monsters line of 6 inch scale figures or not. They have previously released a Dracula in that line, and I can’t be sure, but it looks like some of the parts for this newly announced figure might be from the previous release.

Jada Toys is not giving out much information on this one just yet, other than the two images you can see below. Stay tuned for more information as it becomes available.

“I Bid You Welcome…” Our latest Dracula action figure is authentically licensed from the Lugosi Estate and features the likeness of iconic Dracula actor, Bela Lugosi.

Jada Toys is a leading global toy company that’s been creating products to inspire and entertain kids, parents, and collectors since 1999. The company’s strong focus on pop, trend, and car culture has grown Jada’s portfolio from die-cast and remote/radio-control vehicles into an expansive catalog that encompasses collectibles, action figures, mini-figures, dolls, preschool toys, and more. Attention to detail and high quality are paramount and reflected in lines that include iconic properties such as Marvel, DC Comics, Transformers, Power Rangers, Disney, and Harry Potter; games like Minecraft and Dungeons & Dragons; dozens of car brands; and many others. Jada Toys also produces its own popular brands such as Bigtime Muscle, MetalFigs, and My First Truck. In short, Jada Toys really does offer something fun and exciting for just about everyone – even you! Whether Fast & Furious vehicles get your motor revving or Avengers like Iron Man and Captain America or DC favorites Batman and The Joker are more your style, you won’t be disappointed!