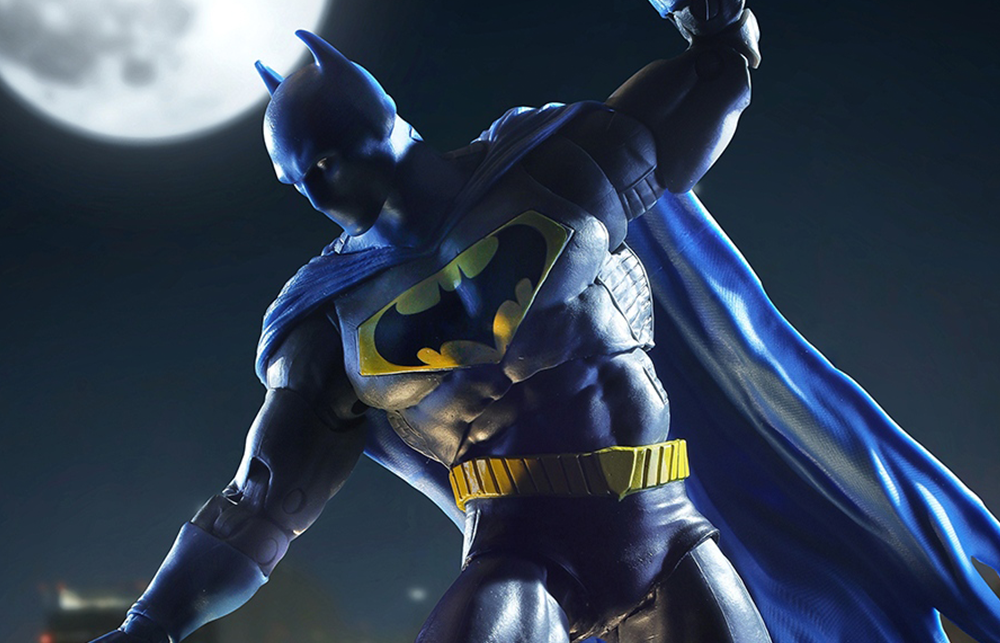 If you were surprised by the lack of new Batmen during the Summer Showcase, fret not… the Toddfather is back with a new preview, this time of the previously leaked Batman from Superman: Speeding Bullets. Now that’s a weird title for a Bat-comic, you may say… so let me take you through a fast refresh course on it.

Speeding Bullets is a classic storyline from 1993 from the Elseworlds line at DC Comics; think of it as alternate worlds, continuities, and situations using the heroes we know and love (think Marvel’s What If? only darker). In it, Kal-El crashes in Gotham rather than Kansas, and he’s found by Martha and Thomas Wayne, who raise him as his own until that terrible night at Crime Alley… the difference? Little Bruce is a kryptonian, so he eventually turns into Batman (costume, angst, and all) but with the powers he’s always displayed in the main Superman continuity. What follows is an amalgam of the Batman and Superman mythos, down to a mix of Lex Luthor with a spice of Joker. Definitely, I recommend picking it up and giving it a read.

He eventually decides to be a brighter hero and changes into a Superman persona and costume, so you never know, we could get that figure as well. Back to the reveal itself, I’m not only excited to get a new bat-figure (yes, this humble writer is an all-Batman collector) but the doors that this release opens: classic interpretations and the use of Elseworlds or other alternate versions for inspiration… can we get a new Gotham by Gaslight release now? Also, extra points for mimicking the pose from the comic cover, that in turn is an homage to a Superman comic itself. Let us know in the comments how you feel about this reveal, and if you’d like to see a specific figure from these classic stories.