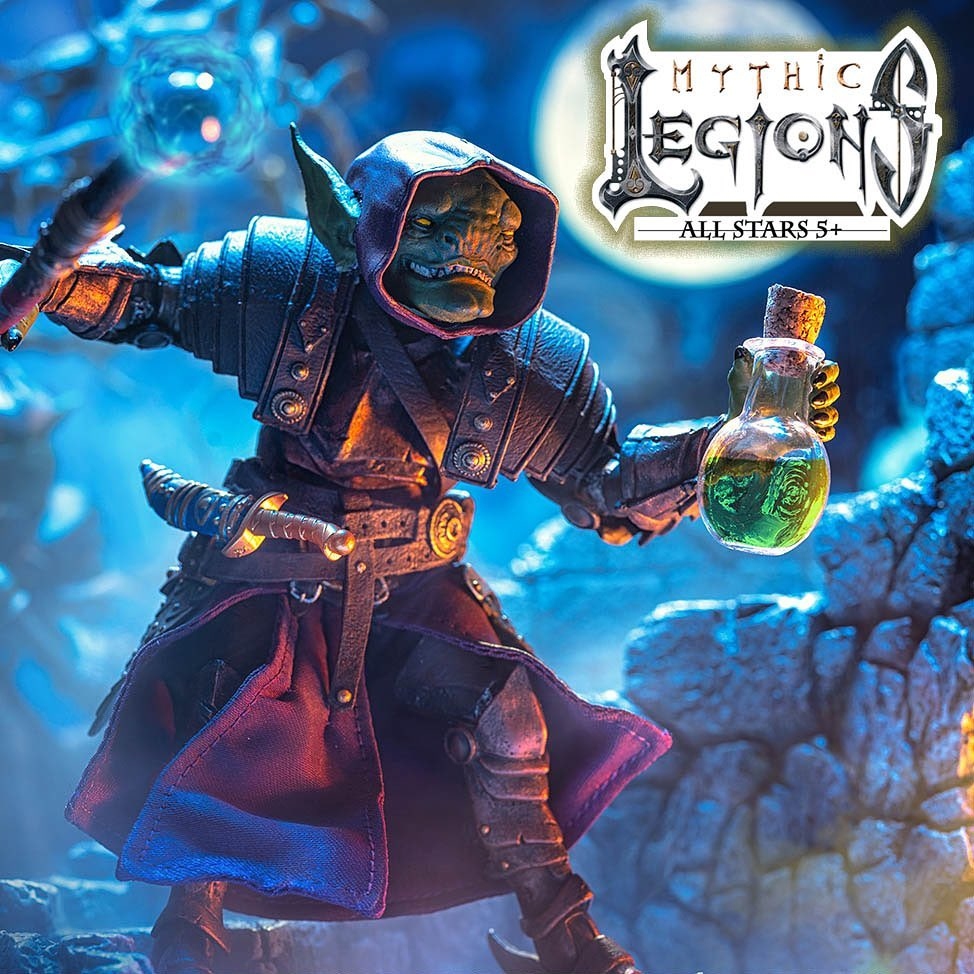 This latest addition to the Legion of Arethyr’s goblin ranks features a brand new head and hood sculpture, along with wired soft goods and character specific accessories including a dagger, sword, and magic staff. He has everything he needs to work some magic that will further the evil machinations of his dark faction.

That wave goes up for preorder on StoreHorsemen.com starting on Friday 7/29 at 12pm EST. Stay tuned for more details, and more reveals, from this upcoming wave of Mythic Legions.