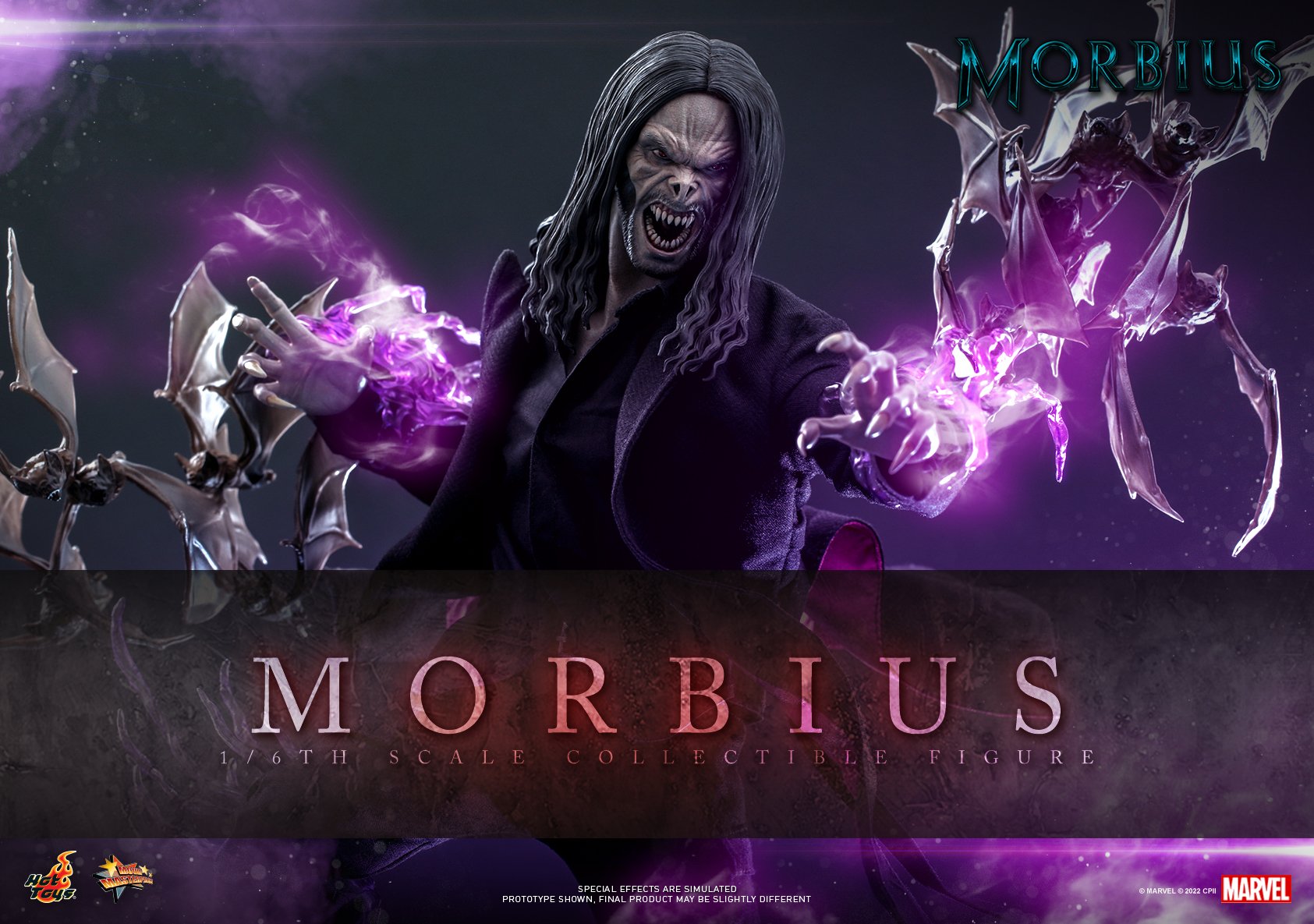 Hot Toys is back with another Marvel movie 1/6 scale action figure: Morbius.  Although the 2022 Sony movie starring Jared Leto wasn’t as well received as hoped, this release may still be of interest to many Marvel Hot Toys collectors.  Here’s what the Hot Toys team has to say about this future release:

Dr. Michael Morbius, a biochemist who suffers from a rare genetic disorder and is almost hopeless in treatment. In true mad scientist fashion, he tries to cure himself using vampire bat blood and is healed… but inadvertently turns himself into a new being – a vampire with superhuman powers including enhanced agility, strength, and stamina.
Today Hot Toys is thrilled to present the highly-anticipated 1/6th scale collectible figure featuring Morbius inspired by the movie that shares the same title.
The movie-accurate Mobius collectible figure is skillfully crafted based on Jared Leto’s image as Morbius from the movie, features a newly developed head sculpt with red eyes and sharp teeth capturing varying degrees of his grisly nature, meticulously tailored outfit including a long coat with fine details, highly-detailed swarm of bats to recreate the scene with Morbius summons the bats, several pieces of speeding effect parts, and a figure stand.
Click on the images below for a good look at this future release and stay tuned for preorder information!