Marvel Legends Retro Spider-Man Series Next Up: The Lizard 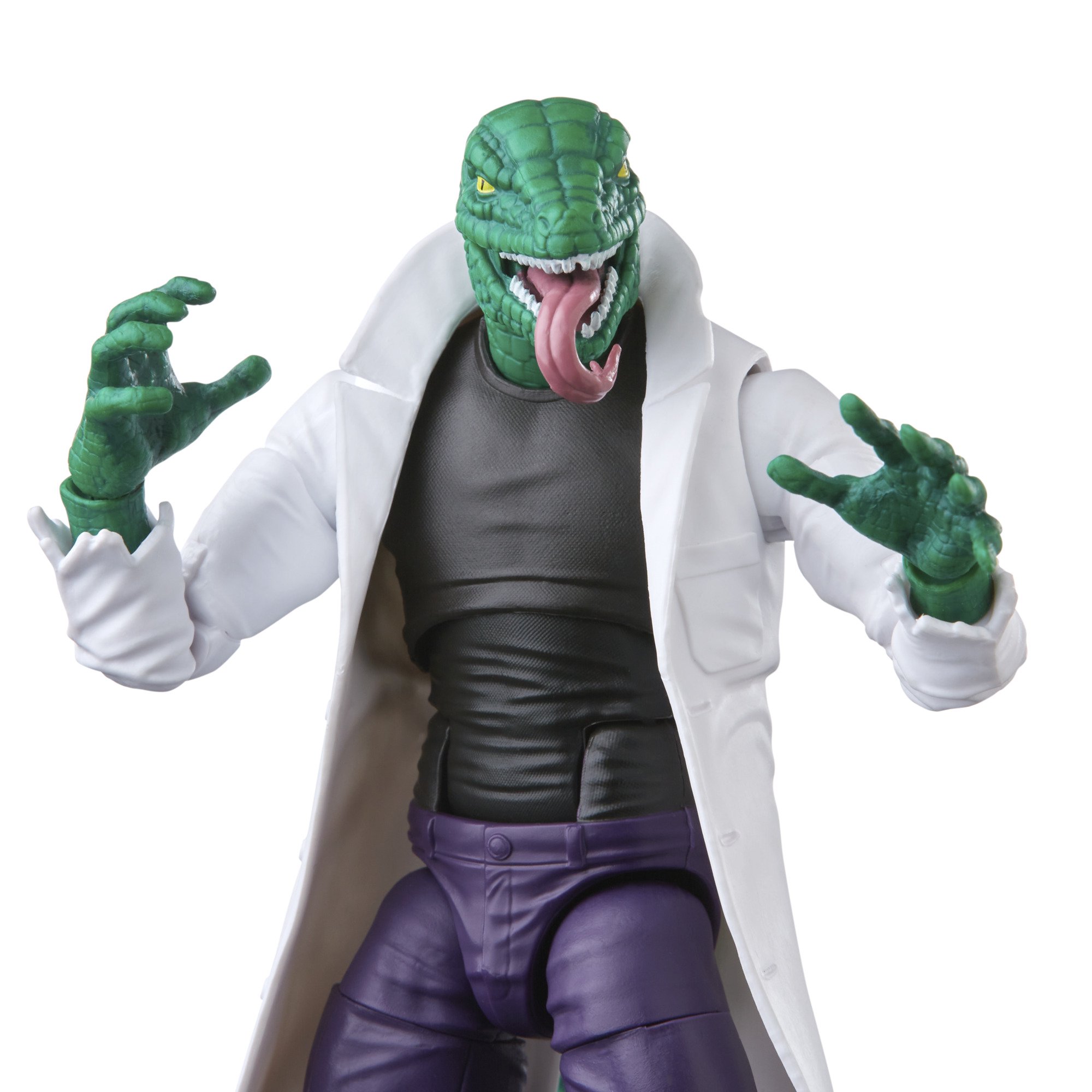 The Marvel Legends retro 6″ line so far has seen varying amounts of success.  While some lines like the X-Men didn’t generate a huge following, others like Spider-Man took off and continue to sell very well with each new release.  Up next we have a look at The Lizard, which is a Walmart exclusive.  Curt Conners comes with an extra set of hands, two chemistry flasks, and alternate head sculpt with mouth open and tongue on the loose.  The Lizard is listed at 29.97, as mentioned is exclusive to Walmart stores, and will be part of their Collector Con 2022.  Until then avoid injecting lizard DNA and preview the photo gallery below!