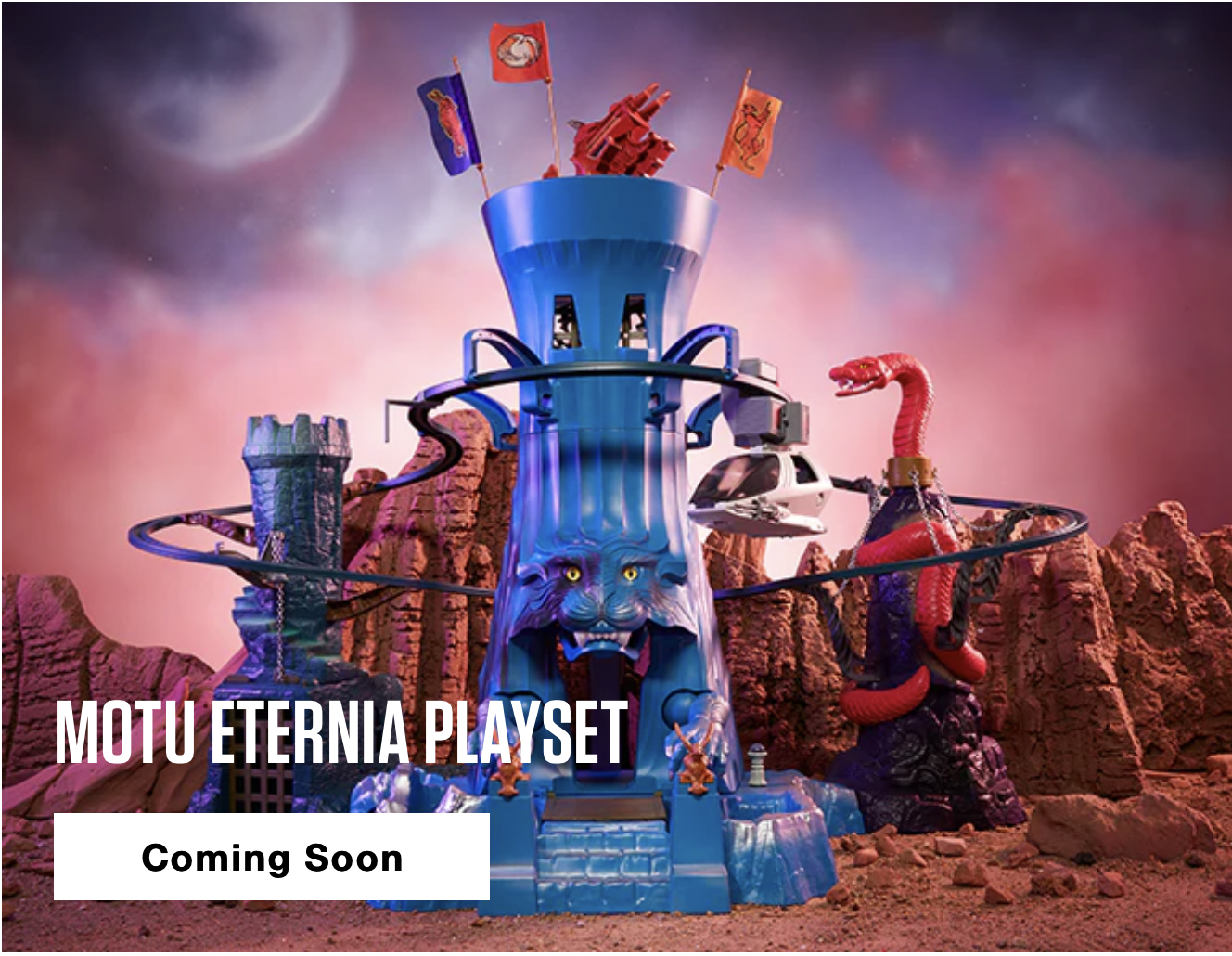 Masters of the Universe fans will be celebrating this announcement for a long time.  The extremely rare and expensive Eternia playset is shown as “coming soon”.  On the same page, the next Masters of the Universe Origins exclusive is also shown:  Camo Cobra Kahn, or Camo Kahn.  Long time Masters of the Universe fans are undoubtedly familiar with both as Camo Kahn has been a repaint release in past lines and the Eternia playset is considered a grail among many collectors.  Although not announced and not details are given it is highly likely that both will be available only through Mattel Creations website with the huge Eternia playset carrying a decent price tag.  We’ll be sure to share more information as it comes along, possibly even over the next few days at SDCC.

Mattel Creations Masters of the Universe