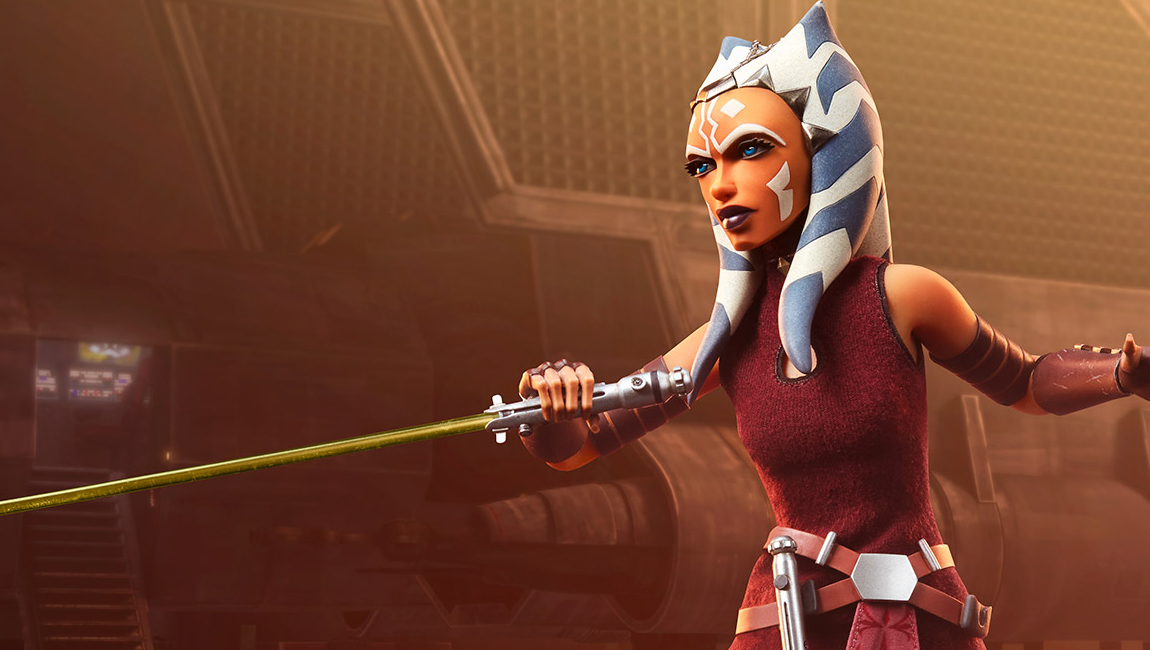 Sideshow presents the Ahsoka Tano™ Sixth Scale Figure, a new Star Wars™ collectible figure inspired by the character’s iconic animated appearance in Star Wars: The Clone Wars™. The figure is currently available for pre-order for $260.00! The figure will ship between April and July of 2023! Check out all the details and an image gallery below!

The Ahsoka Tano Sixth Scale Figure captures the Padawan™ learner’s distinct design from the fan-favorite animated series The Clone Wars, as she follows the path of the Jedi™ under the tutelage of Anakin Skywalker™. This articulated figure features a stylized headsculpt with her signature blue and white striped montrals™ and lekku™. Her carefully tailored fabric costume consists of a maroon bodysuit, dark gray leggings, and a belt with hooks for her lightsaber hilts. Ahsoka Tano additionally has seamless joints in her unique orange complexion, and sculpted arm guards and boots complete her look.

The Ahsoka Tano Sixth Scale Figure includes a variety of stylized hands and swap-out accessories to give collectors a wide range of display options for the Togruta™ Force-wielder. Ahsoka Tano comes with four pairs of hands including a pair of fists, a pair of grip hands, a pair of neutral open hands, and a pair of gesture hands for numerous pose configurations. In addition, she comes with her signature dual lightsabers, two bladeless hilts, and a holoprojector accessory with a sculpted Captain Rex™ hologram for communicating with the loyal clone trooper™.