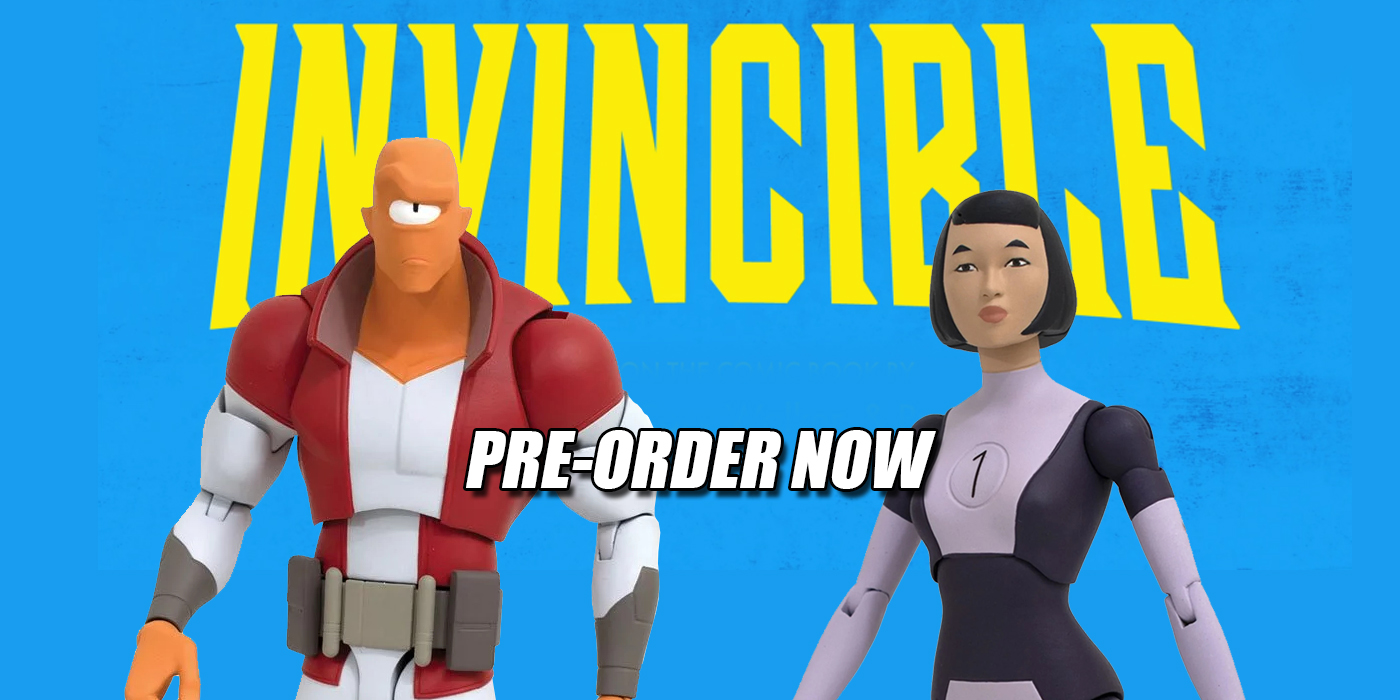 While we wait for a release date for Season 2, A third series of Diamond Select deluxe action figures based on the hit Invincible animated series is now available for pre order.

Dupli-Kate, the Teen Team member that can spontaneously clone herself. Dupli-Kate’s powers are the result of an ancient curse turned into an advantage. She can create almost endless duplicates of herself, and as long as one of them remains alive at the end of a battle, so does she.

Allen the Alien works as an “evaluation officer” for the Coalition of Planets, a secret anti-Viltrumite alliance. He travels between planets, challenging them to ensure they have warriors strong enough to defend them against threats.