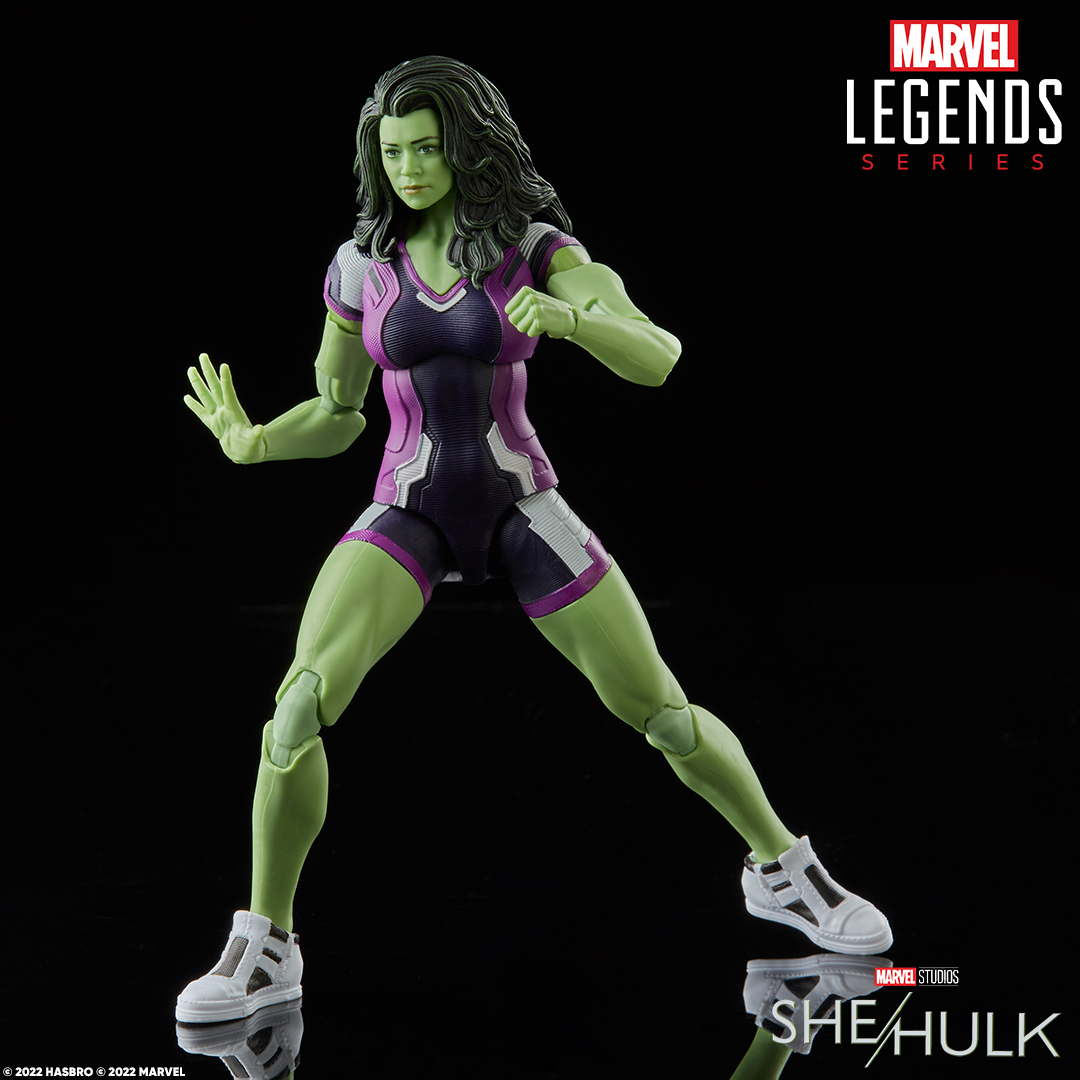 Hasbro continues their new reveals in the Marvel Legends line with She-Hulk!  This new figure is based off of upcoming series She-Hulk: Attorney at Law which begins on Disney+ August 17, 2022.  Jennifer Walters also is the final release in the Infinite Ultron Build-a-figure wave and will contain the final piece to complete your action figure.  Preorder information to come with a release “later this year”.