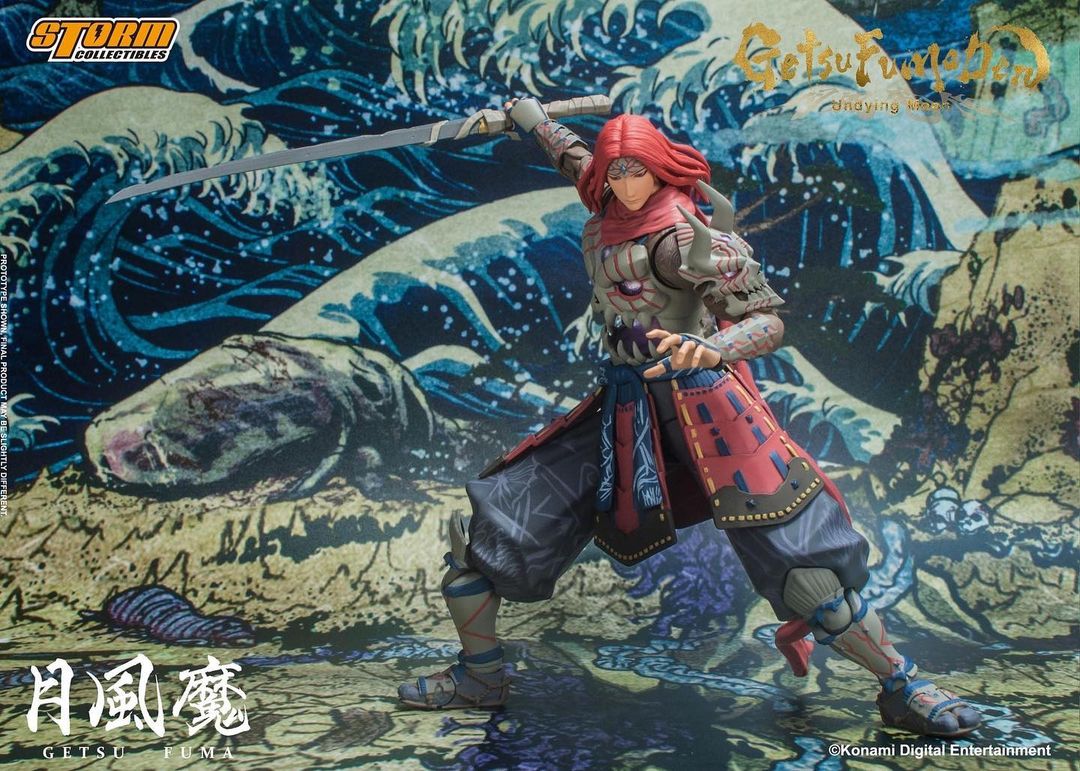 Storm Collectibles continues their video game based action figure announcements with a new game property:  Getsu Fuma Den:Undying Moon.  If you are unfamiliar with this game (like myself) here is the official word from Storm Collectibles:

Getsu Fuma, the 27th leader of the Getsu clan, is widely known for his heroism and talent. He ventures into hell in search of the cataclysm there as well as his missing brother. This is his duty as a leader and a member of the Getsu clan.

Getsu Fuma includes five pairs of interchangeable hands and six weapons (yet to be announced).  This new Storm Collectibles action figure is set to release first quarter of 2023.

Getsu Rando, Getsu Fuma’s edler brother, has trained intensively from a young age so he could one day lead the clan. Though his abilities are unrivaled throught the clan’s history, his wishes did not come true. Instead he perished around the time of hell’s cataclysm.
Getsu Rando includes five pairs of interchangeable hands and seven weapons from the game.  This new Storm Collectibles action figure is set to release first quarter of 2023.  More details as they are announced!