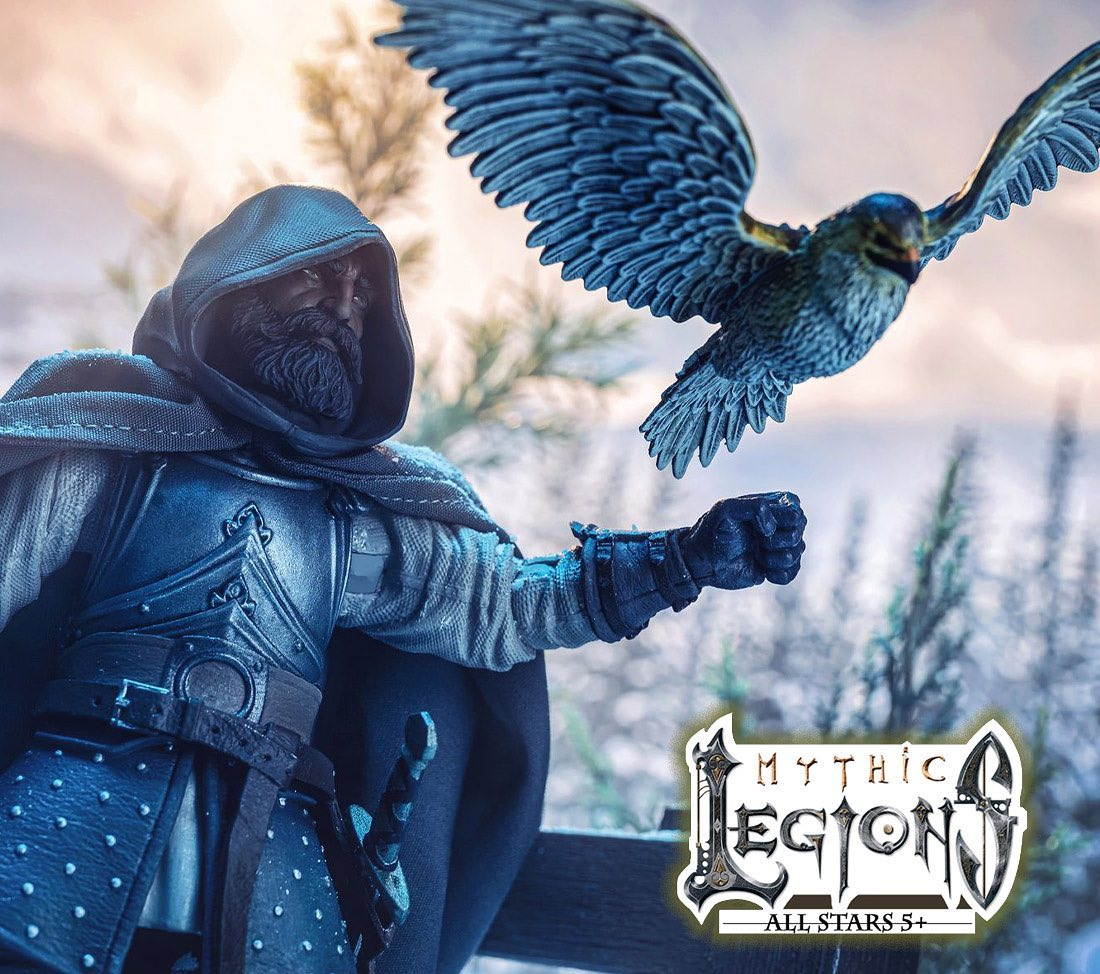 Duban the Ranger and His Trusty Companion, Vedrfolnir, are the latest additions to the Mythic Legions: All Stars 5+ wave.

Members of Xylona’s Flock who travel the kingdom bringing messages and other intelligence to Xylernian Guard units and commanders in the Flock, this pair of heroes works to maintain the peace in a Realm heading quickly to war!

Duban comes with a brand new head and hood, plus a new head on his hawk companion figure. Add in a wired soft goods cape, plus a sword, dagger, and crossbow and Duban and Vedrfolnir are a pair of heroes that few evil warriors would wish to cross paths with in the wilds of Mythoss!

The Duban figure joins the previously announced All Stars vote winners (Rahmulus, Ilgarr, Azhar), the two Power-con Debut figures (Zenithon and Okeatos), plus the brand new figure reveals (Xylerian Guard, Swigg, Lady Avarona) and the first Mythic Legions Heads Pack in the Mythic Legions: All Stars 5+ wave. That wave goes up for preorder on StoreHorsemen.com starting on Friday 7/29 at 12pm EST. Stay tuned for more details, and one final reveal, from this upcoming wave of Mythic Legions!