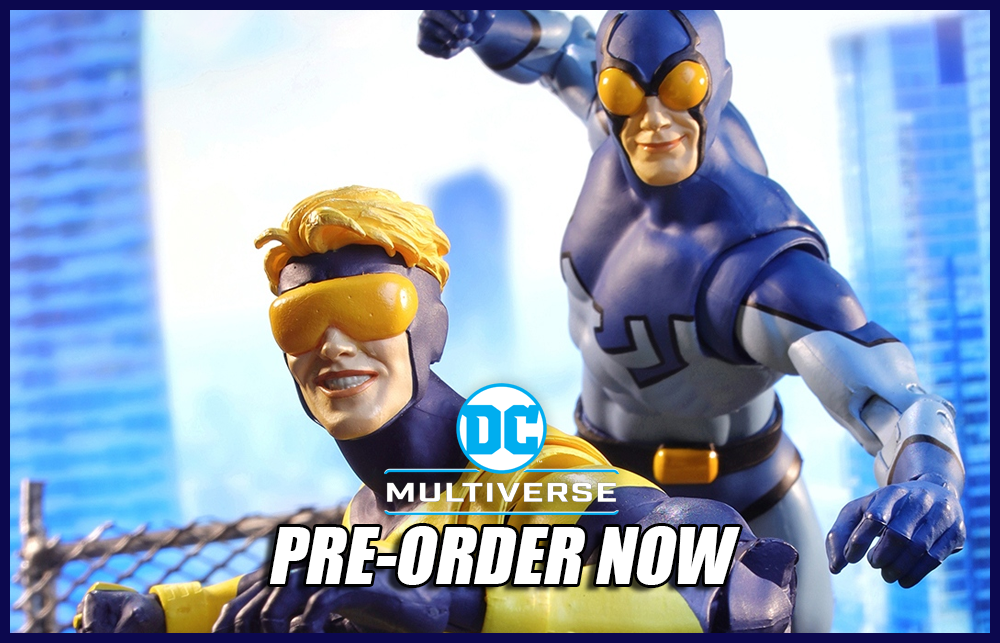 Announced as a remnant of SDCC, today pre-orders have gone live for this new bright and awesome multipack. One of the whackiest and most loveable duos from DC Comics are finally here, and these are some of the best expressions sculpted into plastic that we’ve seen from this line so far, and this is something to celebrate because other than the bright colors in their suits, the personality of both Ted and Michael is what truly sets them apart.

Based on their 2021 comic, Blue and Gold, we’re getting accurate translations from the page, and since they’re displaying their classic looks there, we have the best representation of both of them to put on our shelves.

However, if you want to get picky, we could argue that Booster could have gotten a brighter blue and a glossy finish to truly look, you know, gold. And both of them would have looked extra good with transparent goggles; but if we think about it, not everybody was happy with the way Hazmat Batman mask turned out, so that’s mostly pushing it.

Apart from these minor details, any fan of these characters should be happy to get this pack, which I’m guessing (not really hard) is going to be the only figures we get from them in this line, not counting the chance of a Jaime Reyes Blue Bettle movie release.

Now there seems to be a bit of a disagreement on the release date, depending on the retailer, that goes from August to November, but the way that the McFarlane Store has been working lately, I wouldn’t be surprised if they pop up at your door in a couple of weeks!