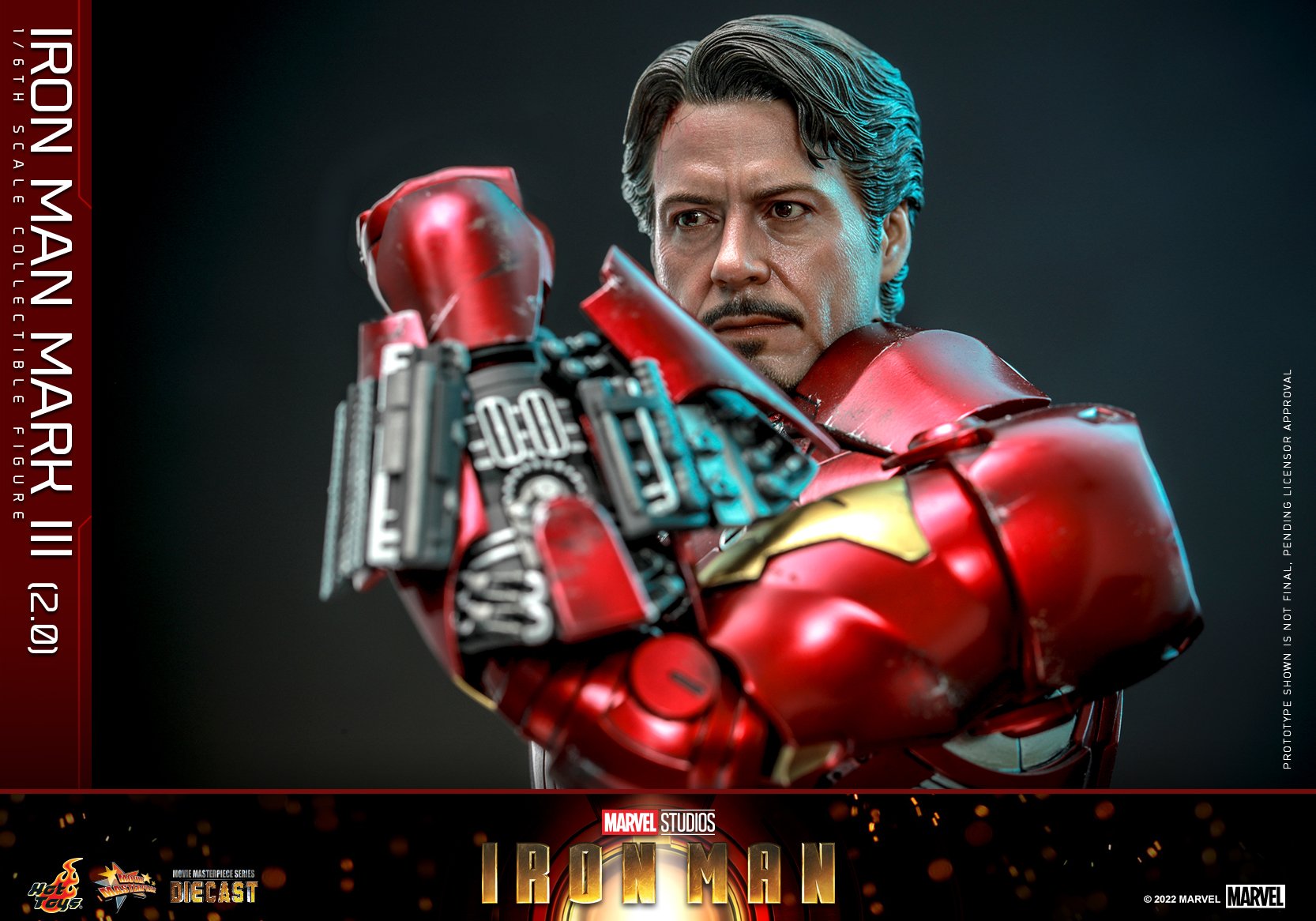 Hot Toys has announced an updated version of one of the most iconic and loved Iron Man armors – the Mark III.  This fan favorite suit was featured in the first Iron Man movie from 2008.  Here are the details on what to expect with this updated release:
Tony Stark’s Iron Man is always one of the most charismatic and iconic hero of the Marvel universe and his genius is evident in the Mark III armor that was seen in Marvel Studios’ Iron Man.  Engineered with great attention to detail, Hot Toys is proud to present the movie-accurate 1/6th scale Iron Man Mark III (2.0) diecast collectible figure demonstrates the exquisite design and armor pieces crafted by Tony in the first Iron Man movie, with a detailed Iron Monger themed diorama base.
The diecast Iron Man Mark III figure measures 32.5cm tall is meticulously crafted based on the image of Robert Downey Jr. as Mark III in the movie, features a Tony Stark head sculpt with amazing likeness, an interchangeable helmet head with LED light up function on eyes, an additional mask with battle damage effects, faithful recreation of the high-tech armor with bendable waist for wider range of movements, distressed effects applied on the matte red and gold armor, several interchangeable armor parts sculpted with battled damaged effects, also forearm armors simulating missile firing mode and protection shield mode. The figure also comes with diorama figure base depicting the battle of Iron Man and Iron Monger.
A Special Edition available in selected markets will include a Mark III helmet with battle damage effect as bonus item exclusively for collectors.
Iron Man fans should not pass up on this opportunity to add this into your collection!
Stay tuned for more details as they’re provided and as always, take a look through the provided gallery below at the updated Mark III armor!