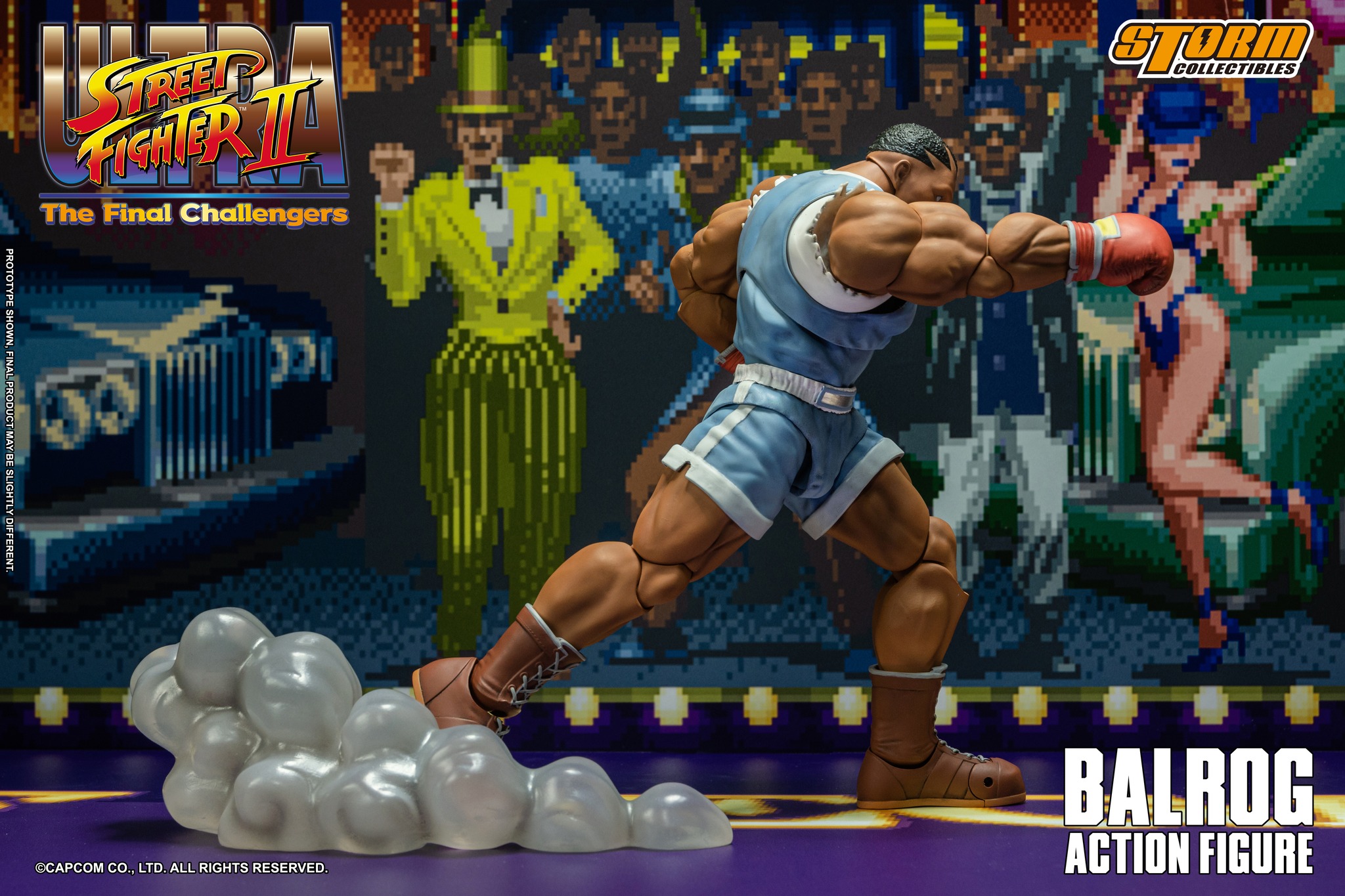 After a preview last weekend at SDCC Storm Collectibles has followed up with a good look at the upcoming release of Balrog from Ultra Street Fighter II The Final Challengers.  Balrog is set for release this Fall and has all the features we look forward to with each of their new action figures.  Here’s the details and a little bit of background information on the character provided by the team at Storm Collectibles:
Balrog, known as M. Bison in Japan, is a character from the Street Fighter series of fighting games. He first appeared as a boss character in Street Fighter II. Balrog is generally self-centered, hot-tempered, arrogant and sadistic. He is a belligerent pugilist who possesses an insatiable urge for money and a vicious, bullying mean streak, often refusing to take responsibility for his actions.
Features:
Look for preorder information very soon and for now be sure to check out the gallery on another great release by Storm Collectibles.