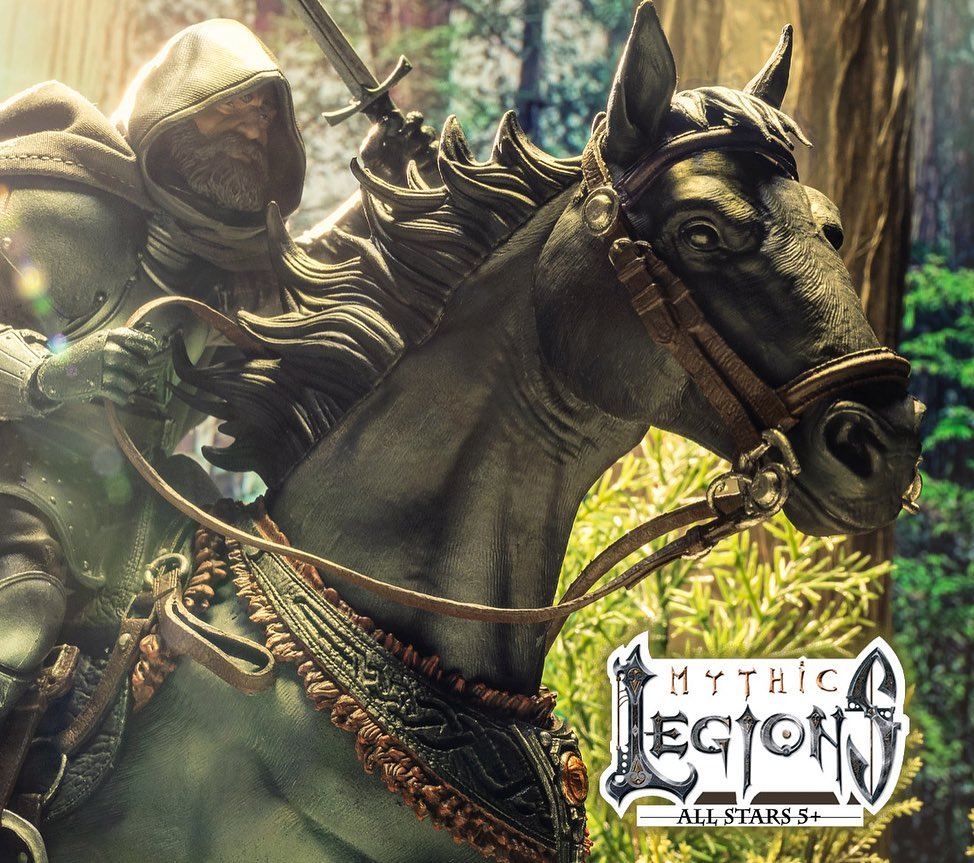 The Four Horsemen shared a lot of good information on the upcoming Mythic Legions wave: All Stars 5+.  The final release in this wave was released on YouTube in their own weekly show “Four Horsemen O’clock”.  In a surprise move, the figure revealed wasn’t any specific character or part of any faction.  Boreus, the mighty steed, is the final piece of the puzzle and was created based on fan requests.  Here’s what they had to say about this cool new horse:

The final figure revealed as part of the Mythic Legions: All Stars 5+ wave is also the largest figure in the set – the mighty steed named Boreus!

This figure was revealed on our own YouTube channel as part of their weekly “Four Horsemen O’clock” show, and immediately the fan reaction was amazing! The popularity of the previously released Balius horse, and the requests from Legions fans to offer more non-character specific steeds, really got us excited to come up with a new horse that would obviously work well with various Legions characters, but which could also exist comfortably in other worlds and with other figures for display. We think Boreus fits that bill

Note: the Boreus figure does not include the rider shown (Duban the ranger), but he will also be available in this wave for preorder.

They also revealed preorder information for this wave now that all has been revealed.  Preorders begin Friday, July 29 at 12 PM EST and goes until Sunday, September 4th at 11 PM EST.  For this wave the “All In” price will be 385.00 plus taxes and shipping.  If you are unfamiliar with Mythic Legions preorders, they offer individual orders for each figure (and accessory packs when applicable) while also offering an “All In” option which gives you one of each in the wave with a small discount.  This wave the full package includes nine figures, the heads pack, and the steed Boreus detailed above.  C0nsidering all the money collector’s have recently spent on SDCC 2022, having five weeks to recover is a great time frame to help everyone recover some and not miss out on any preorders from this wave.

If you haven’t been following along with the releases in this wave or just want another look, click on the images below for a preview of each.  Like all Mythic Legions waves, this one has a little something for everyone!  Stay tuned for more from the Four Horsemen and all of their action figure releases.