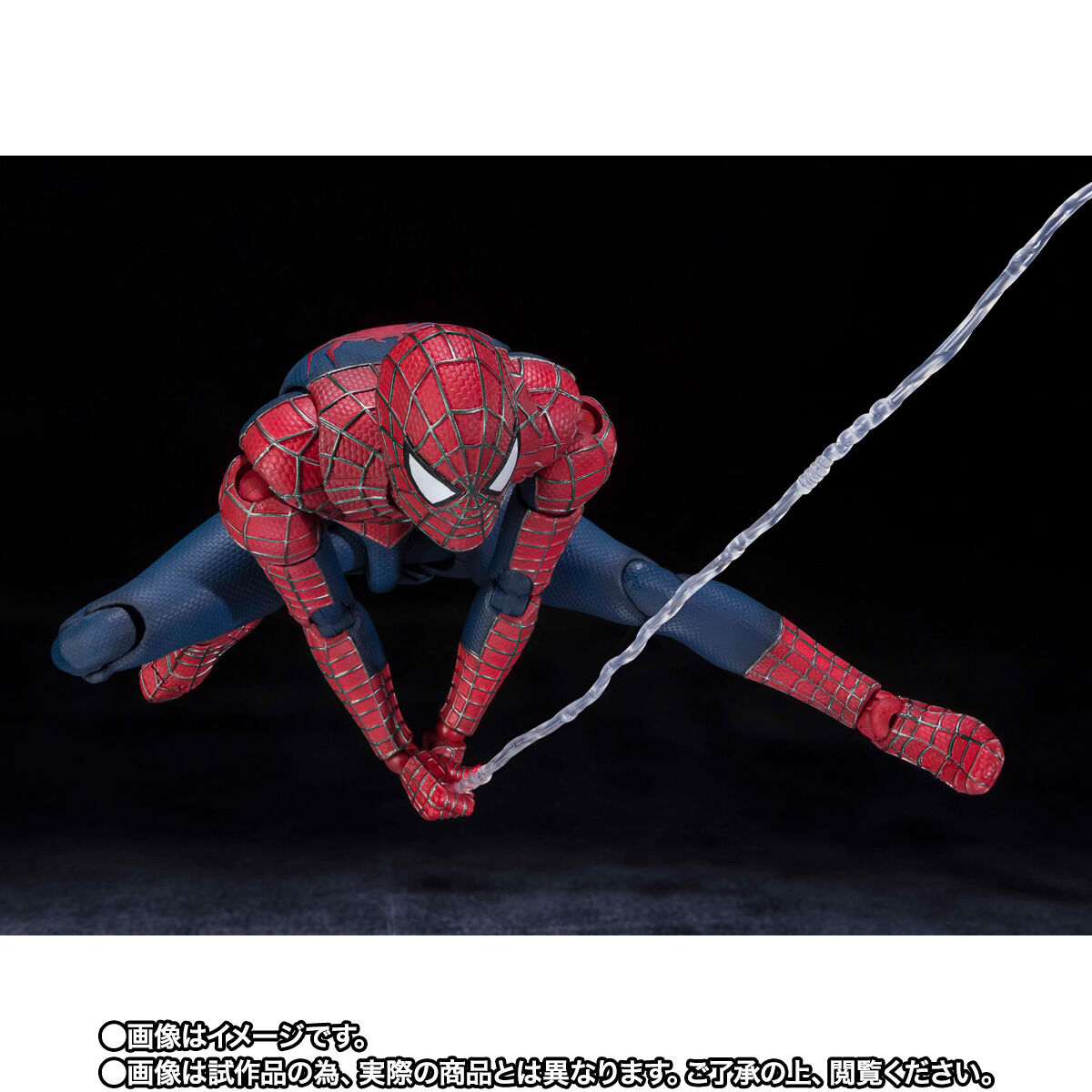 Spider-Man has a release date scheduled for January 2023. You can expect to pay around the same price for this guy as similar S.H. Figuarts items (around $70-$90). Tamshii Nations also announced that the Andrew Garfield Amazing Spider-Man will be available for pre-order in September.

We are getting closer to recreating some Statue of Liberty swings featuring all three Spideys!

Bandai Tamashii Nations’ S.H.Figuarts is a great find for fans who insist on high quality and authentically accurate detailing in action figures they can both play with and collect. Showcasing favorites such as Dragon Ball, Ultraman, Sailor Moon, and the Avengers, along with characters like Captain America, Spider-Man, Thanos, Ultraman, Goku, Piccolo, and many more, the line is very popular… especially with the adult collector. In addition, S.H.Figuarts has branched out into other lines, including D-Arts, showcasing video game characters such as Pokémon, Mega Man, and Digimon; MonsterArts, which features Godzilla and other kaiju; Ultra-Act, focusing on Tsuburaya characters; and the non-poseable FiguartsZERO figures