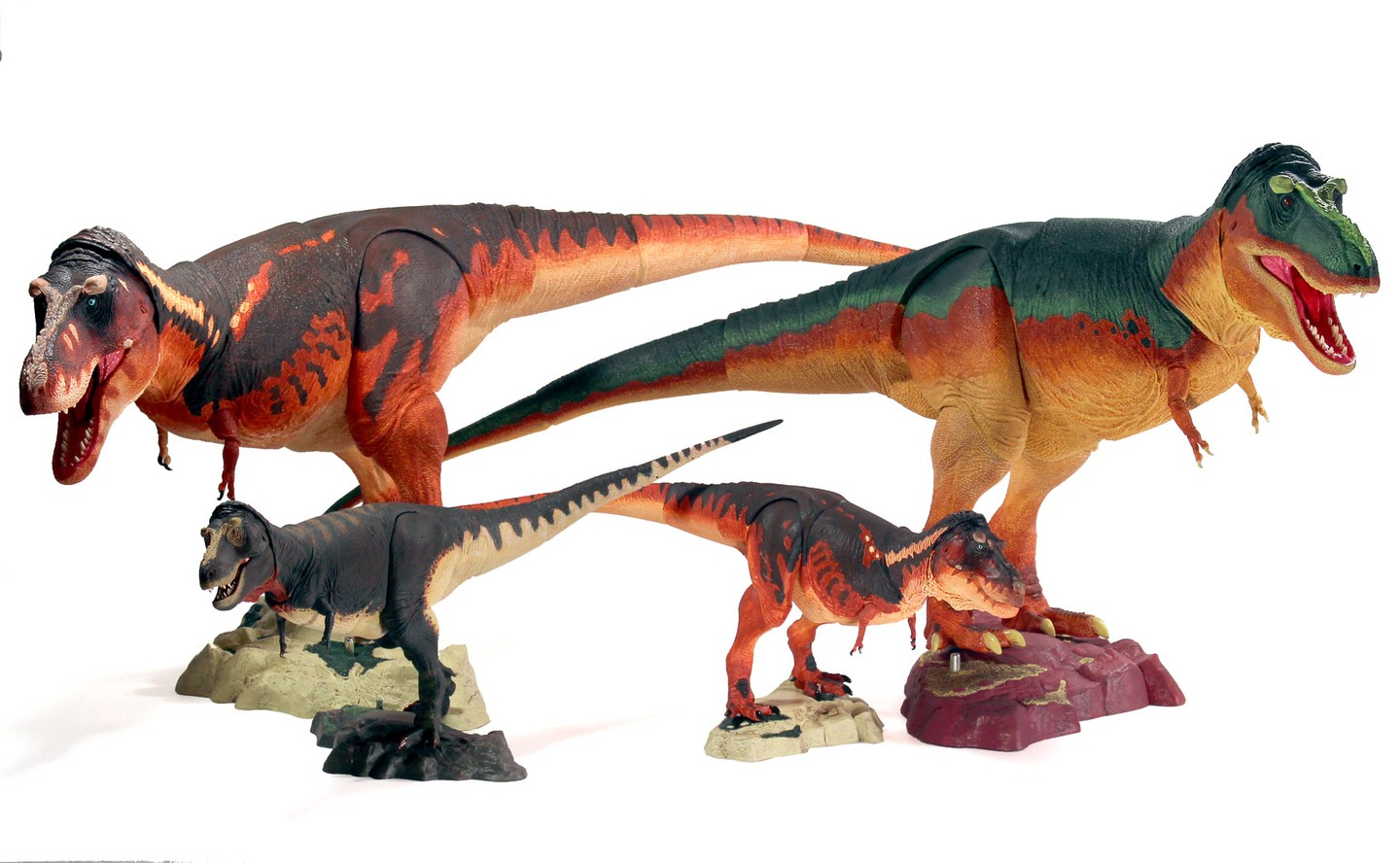 The paint masters for these were lost in transit to the factory, so they had to work from photos. While there are plans to improve these before sending them back, they turned out pretty nice. Creative Beast Studio also promises a Kickstarter update for tomorrow.

The Grey T. rexes and other preorder items- an early shipment is expected at their warehouse today, so Kickstarter and early preorder fulfillment will begin before the end of the week. The main quantity isn’t expected to arrive until mid-September. That just means more time to take advantage of the preorder pricing.