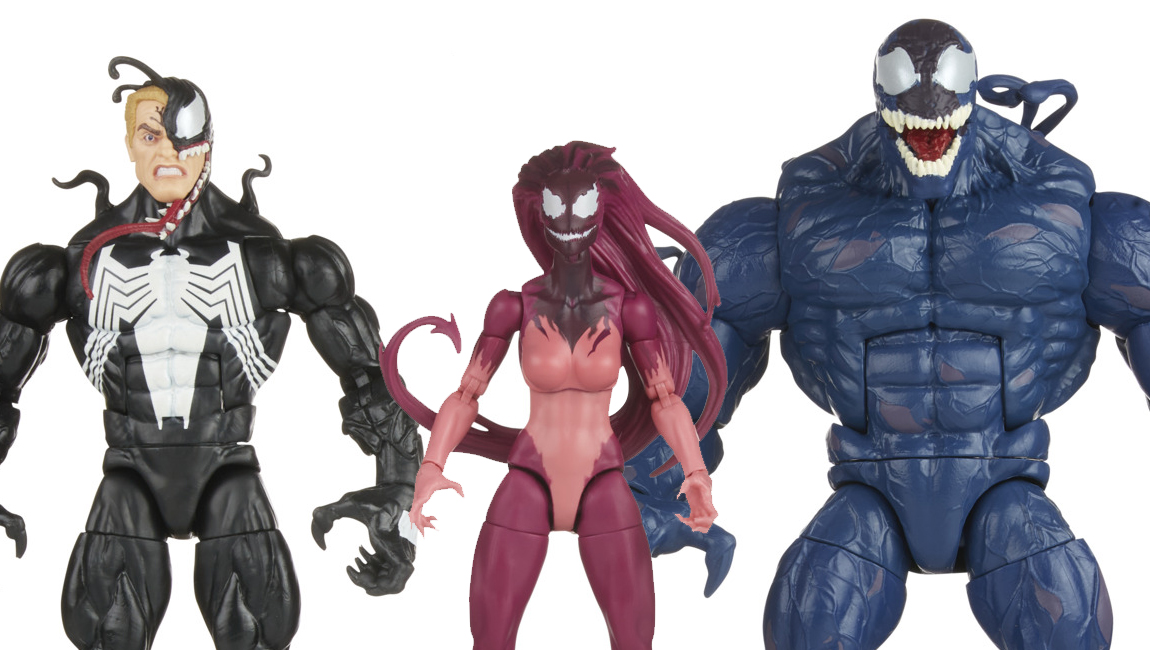 This morning, Hasbro unveiled the newest figures to the Marvel Legends line in the form of an epic symbiote multipack! This Hasbro Marvel Legends Venom multipack features the fan favorite symbiote alongside his siblings, Riot and Agony. The pack comes with alternate hands as well as an alternate face for Venom featuring his host, Eddie Brock. Hasbro’s marketing team writes in today to give us a look at the upcoming Venom multipack. This Amazon exclusive 3-pack will go up for pre-order this afternoon, so be on the lookout!

Captured by the Life Foundation and subjected to excruciating experiments, Eddie Brock finds himself forcibly separated from Venom as his captors seek to harvest the symbiote’s offspring. One of five sibling symbiotes harvested from Venom by the Life Foundation, the Riot symbiote shows a predilection for hammers and other bludgeoning weapons. Unique amongst her symbiote siblings, Agony possesses all the same abilities as her siblings, with the added power to spit deadly acid.

With over 80 years of entertainment history, Marvel has become a cornerstone of fan collections around the world. With the Marvel Legends Series, fan favorite Marvel Comic Universe and Marvel Cinematic Universe characters are designed with premium detail and articulation for posing and display in collections. From figures to vehicles to premium roleplay items, the Marvel Legends Series offers elite character-inspired product for Marvel fans and collectors. Available for preorder 8/2 at 1PM ET exclusively on Amazon.