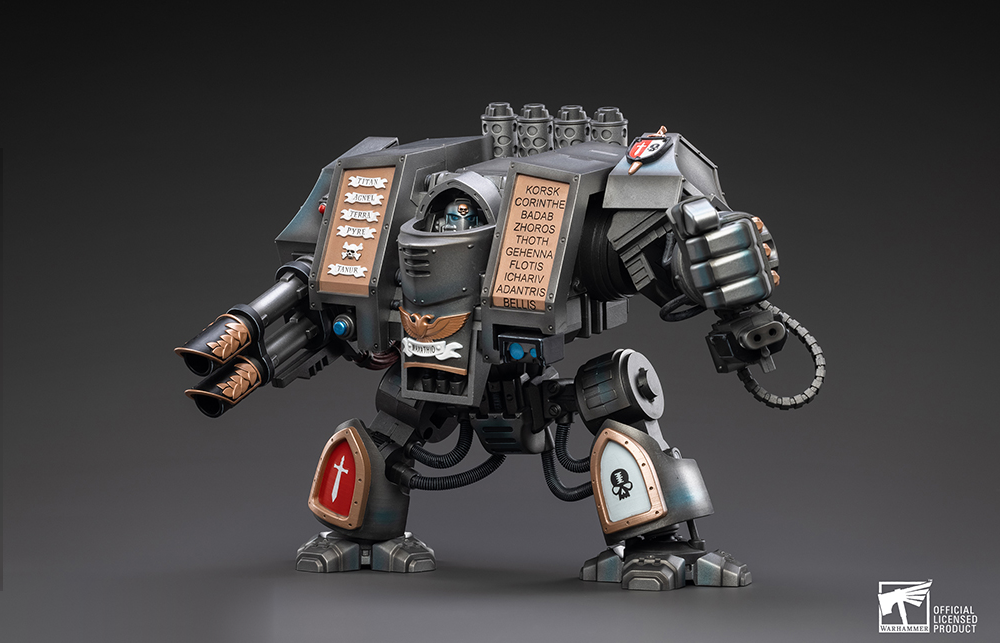 Today, JoyToy brings us another colossal release, the first from the secretive chapter of the Grey Knights, and hopefully not the last, given their special place in the Warhammer 40K lore.

Unlike the rest of the Astartes, there is no great honour among the Grey Knights to be interred into one of these immortal and deadly war machines, but if they can serve the ways of the Emperor as the shield of Humanity, so it shall be!

The rarity of the GK Dreadnought doesn’t end there; their use of the Aegis system -a complex network of protective prayers, runes, and other wards- is clearly displayed on their chassis (as exquisitely crafted and displayed on this mold), charging them psychically to combat the horde of Demons and other Chaos servants.

Like other Dreadnought releases, what it lacks in accessories (a single closed fist or an open claw) it makes up in details and articulation, including a removable chest place that allows it to display the marine’s sarcophagus.

September 2022 is the estimated release date, but depending on the store you pick it from, it may actually arrive quicker than expected.