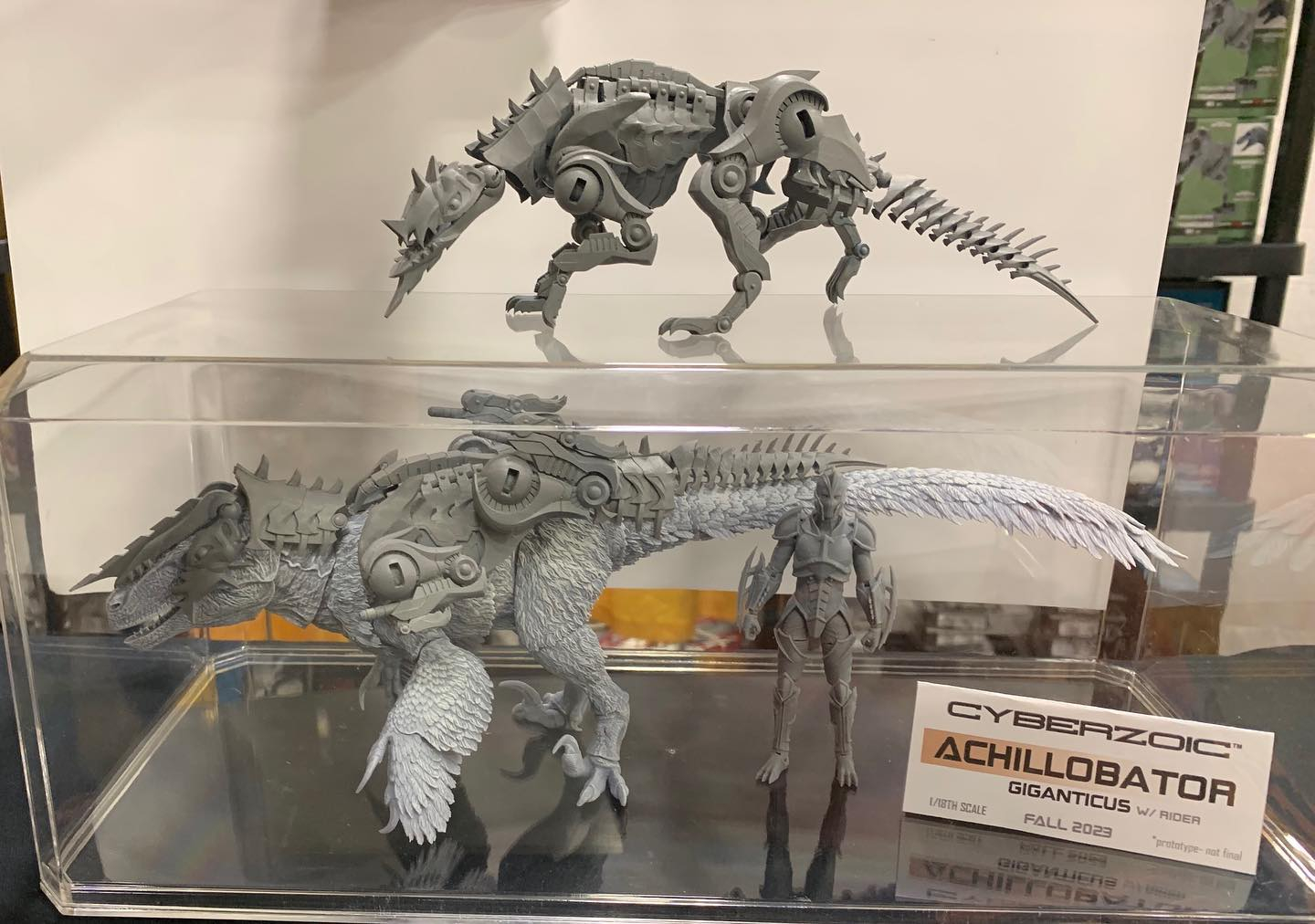 If you weren’t already excited for the Cyberzoic lines coming from Creative Beast Studio, maybe this will sweaten the deal. For the first time, it’s revealed that the power armor for the dinosaurs of the Tech Clan, and Fire Clan have alternate modes for both the Achillobator and Utahraptor. These were shown for the first time at Power-Con.

Expect a Kickstarter campaign to kick off this new line, for these 2 figures sometime in September. The dinosaurs without armor will be joining the Beasts of the Mesozoic line, with completely unique paint schemes. Reports are that one line will feature the male version of the dinosaur paint scheme, and the other line will have the female version.