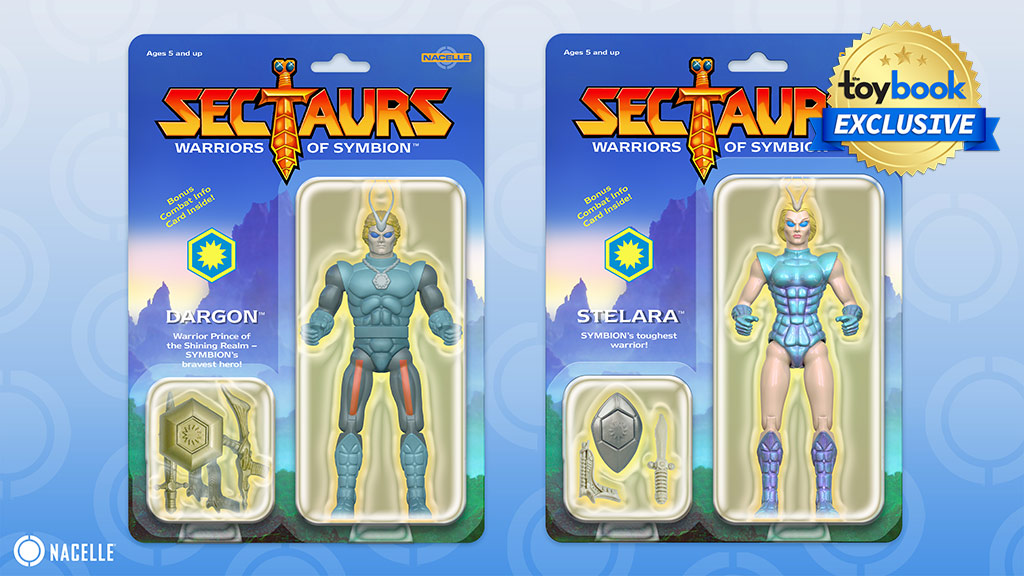 Thanks to ToyBook, we have our first look at Nacelle Company’s upcoming Sectaurs: Warriors of Symbion action figure line! Nacelle revealed the first two figures in the series Dargon and Stelara. The images show digital renders of the figures and not the actual prototypes, so things could change along the way before actual release.

Pre-order from The Nacelle Company will start Sept. 2. The Sectaurs figures will have feature a combination of vintage inspired sculpts with modern action figure articulation.

As a genetic experiment fails on the distant planet of Symbion, frightening changes take place that cannot be stopped. The result is a world where the inhabitants have taken on the awesome characteristics of insects, and the insects grow to incredible and terrifying proportions. Telepathically bonded in combat, Sectaurs join with their insect companions in the ultimate battle for survival.

“Sectaurs is a line with a great history, fantastic design, and a seemingly endless well of creative potential,” says Nacelle Co. Founder and CEO Brian Volk-Weiss. “For us, it was a no-brainer to jump into the revival of this property.”

“Sectaurs is such an iconic IP and truly has held a place not only in the hearts of the original creators Maureen Trotto, Tim Clarke, and Larry Mass but with fans all around the world,” says Seven Towns CEO, Mike Moody. “We are very excited to be working with Nacelle to revive this awesome property with new and gripping themes.”

Look for more information about these figures as it becomes available. Are you going to be diving into this new line? Leave your thoughts in the comment section below!